Object of the Week: Freight Yards, by Gifford Beal

Born to a wealthy family in New York City, Gifford Beal (1879-1956) began studying painting at the age of twelve with American artist William Merritt Chase. Beal’s tutelage under Chase, who established the first school of plein air painting in the United States, inspired a life-long commitment to painting his surroundings. Beal continued his education at Princeton University and the Art Students League, where he studied with Frank Vincent DuMond and George Bridgeman, two extremely influential teachers in the twentieth century. Over the course of his long career, Beal encountered numerous artistic influences, but his style remained distinct due to his profound interest in revealing the beauty of both urban and non-urban settings.

Beal’s best-known paintings represent the dichotomies of life in the twentieth century. He captured the joyous occasions of urban living, particularly parades and circuses, as well asthe peace and harmony of the bucolic countryside. Beal painted only that with which he was deeply familiar, and he did not imbue his work with the social commentary or eye to modern realities seen in the work of his contemporaries, particularly those in the Ashcan school. Rather, as artist and friend Barry Faulkner commented, Beal “chose to depict life’s exuberant side… The side of life upon which the sun hits, the eternal pleasures of work and leisure, the casual enjoyable incidents which add so much to life’s richness.” Beal’s optimism shines through in Freight Yards, as he highlights the vivacity of a busy port on the Hudson River. His ability to capitalize on the promise of the Industrial Revolution and urbanization earned Beal great critical acclaim throughout his career.

Colorful and dynamic, Freight Yards displays Beal’s characteristic impressionist style. The expressive brushstrokes, applied quickly by the artist, create a sense of movement and vivacity in the wintery river scene. Beal thickly layered his paint, building texture that captures the motion of the water as it laps against the shore and the steam as it billows from the train engine. While modern day machinery and buildings tower over the bustling figures on the dock, the people do not appear to be overwhelmed by their surroundings. Instead, Freight Yards conveys the optimism Beal felt about the rapidly changing American culture in the twentieth century.

The Everson (then known as the Syracuse Museum of Fine Arts) purchased Freight Yards in 1915, the same year Beal finished the painting and four years after the Museum declared that it would only collect work made by American artists. Purchasing such a newly painted canvas confirmed not only the Museum’s interest in American artists, but also its commitment to acquiring work from living artists, a major investment by a museum at the time. Beal and the Museum’s director Fernando Carter actively corresponded in the years leading up to and following the acquisition. Carter was particularly excited about the purchase, noting in one letter to Beal that Freight Yards was “a D— good canvas.”

Although painted early in Beal’s career, Freight Yards is an important work representing the artist’s oeuvre. In 1977, the Royal Scottish Museum in Edinburgh and the Hayward Gallery in London hosted the International Festival to celebrate art from across the world, and selected Freight Yards as the ideal representation of American life between 1900 and 1917.

Freight Yards is currently on view in Ripple Effect: Altering the Face of Nature, the first exhibition curated by the Everson Teen Arts Council. Made up of twenty teens from fourteen Onondaga County schools, the Teen Arts Council provides high school students with the opportunity to work directly with museum professionals and learn about potential career paths in the museum field. Through meetings with the Everson’s curatorial and exhibitions team, Council members learned the intricacies of building a museum exhibition and carefully developed an exhibition theme, selected works from the collection, wrote all didactic text, and designed the layout for this exhibition. 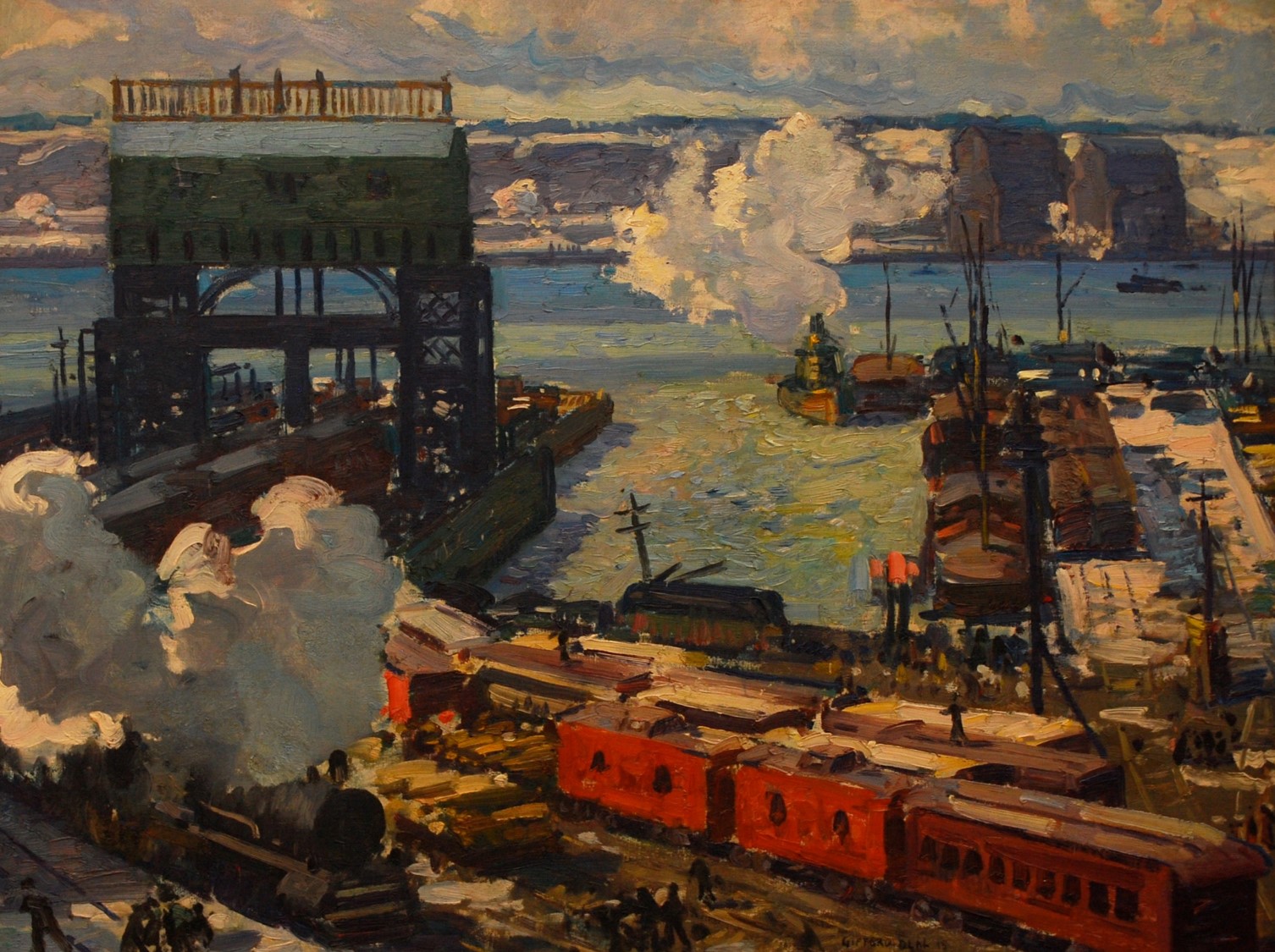