From the Archives: The Museum Moves to James Street

On June 14, 1937, the Syracuse Museum of Fine Arts (SMFA), today the Everson Museum of Art, announced plans for an ambitious ten-day campaign to raise $75,000—equal to $1.4 million today—to purchase the Knights of Columbus building located at the intersection of James and State Street. Purchasing this building would allow the Museum to move into its own building for the first time in its forty-year history. The $75,000 covered $50,000 to acquire the property, $15,000 in renovations, and $10,000 for the Museum’s first four years of operation in its new space.

At the time, the SMFA occupied the top floor of the Syracuse Public Library, located in the Carnegie building on Montgomery Street. Museum Director, Anna Wetherill Olmsted, described its current home as “utterly inadequate for a nationally and internationally known institution.” The Carnegie building lacked necessary exhibition, storage, and program space for an art museum, and the Public Library, needing additional space for its own collection and programs, had begun pressuring the SMFA to relocate. Despite its less than ideal quarters, the SMFA attracted widespread attention. During the 1930s, the Museum’s annual attendance was greater in proportion to its city population than the Metropolitan Museum of Art in New York City.

The fundraiser officially began on June 21, and museum enthusiasts quickly supported the campaign’s slogan to “take art out of the attic.” In four days, the Museum raised more than $15,000, and in seven, they nearly reached their halfway point with $31,299. By the official end of the fundraiser on July 3, 1937, the SMFA collected just over $50,000, enough to solidify the building’s purchase. The Museum continued to raise funds throughout the remainder of the summer, ultimately totaling $62,000. Fundraiser supporters included prominent patrons such as the Syracuse Daubers Club, Congresswoman Caroline O’Day, the Onondaga County Women’s Democratic Club, and internationally known Syracuse artist Ethel Frances Mundy.

The SMFA purchased the property from the Knights of Columbus on September 17, 1937, and formally opened on October 28, 1937. The opening celebrations included a preview of the Sixth Ceramic National exhibition and performances by the Syracuse Works Progress Administration Symphony. Huger Elliott, Director of Education at the Metropolitan Museum of Art, served as the keynote speaker for the evening and Syracuse Mayor Rolland B. Marvin and Emil Hansen, president of the Syracuse Chamber of Commerce, also attended. Over 53,000 people visited the SMFA during its first six months on James Street, up from its annual average of 50,000 visitors earlier in the decade. The move cemented the Museum as a vital part of the Syracuse community. 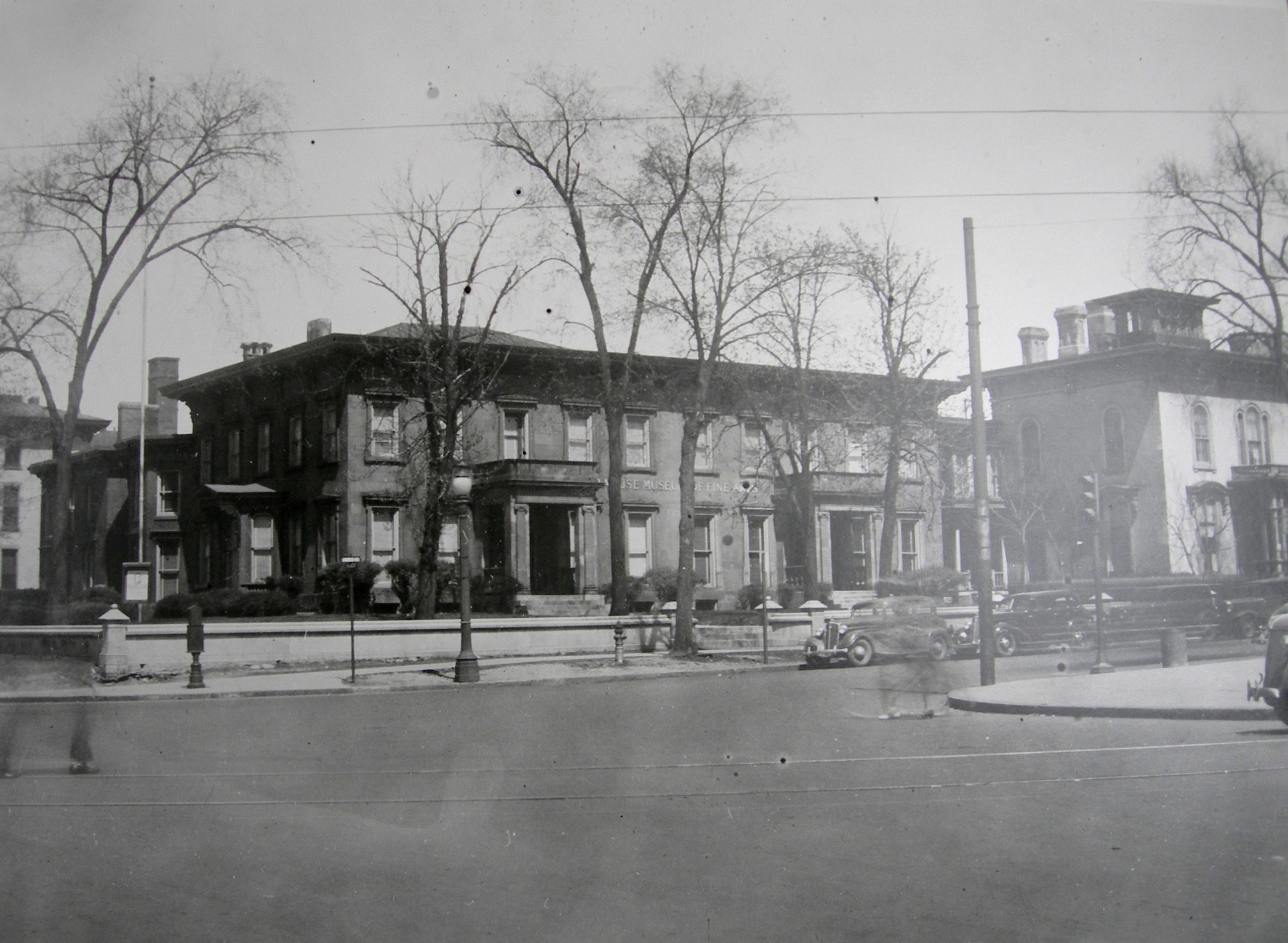