Object of the Week: Birch Bark Vase by Eric Serritella

Eric Serritella is a ceramist based in Chapel Hill, North Carolina. After sixteen years of working in marketing, he began exploring clay and quickly fell in love with the medium. Serritella opened his first studio, Muddy Paws Pottery, in 2001 in Newfield, New York, where he made and sold utilitarian mugs and bowls. A turning point Serritella’s career came after he took several classes with internationally known ceramist Ah Leon at Cornell University. In 2004, Leon invited Serritella to participate in a five-month long artist residency in Taiwan, where he studied with Leon and other ceramic masters. Serritella returned home and began a new series of wheel thrown work inspired by Eastern aesthetics and philosophy. He also experimented with trompe l’oeil, a technique that first became popular with ceramists in the 1970s when ceramists began creating highly technical and meticulously sculpted works that perfectly mimicked everyday material objects. Leon, a master of the trompe l’oeil technique, invited Serritella back to Taiwan in 2006 to study in his studio. After this second residency in Taiwan, Serritella began creating the birch tree-inspired vases, teapots, and sculptures he is most recognized for today. In discussing the birch tree, Serritella said, “I think of them as the angels of the forest. I suppose it’s about the purity of their white bark, their regal and yet delicate state of being, the way they stand out and oversee the forest. I can feel energies in trees. The birch has an angel-like flow of life force.” The birch tree is Serritella’s favorite tree and is also a spiritual symbol that reminds him of his late father.[1] Birch Bark Vase is currently on view in Earth Piece through January 5, 2020. 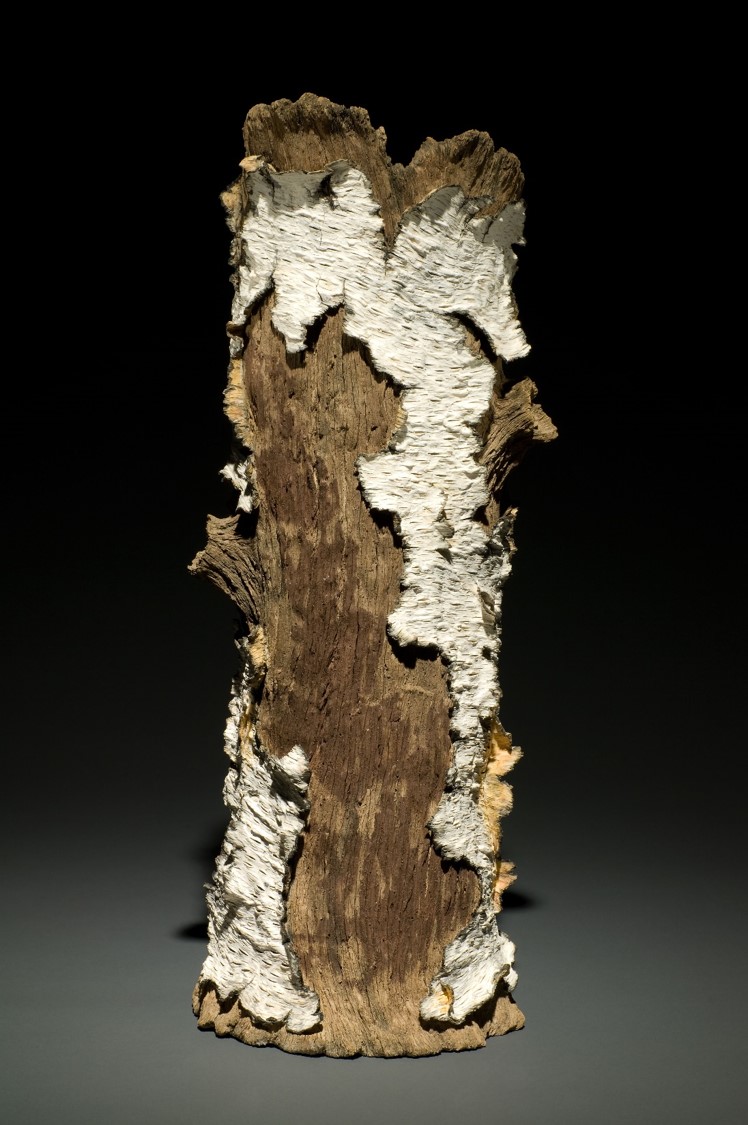