Object of the Week: Degeneration Bible by Araki Takako

Araki Takako (1921-2004) was born in Nishinomiya City, Hyogo Prefecture, Japan. Eschewing traditions, she boldly chose a career in the arts over working in her family business. Araki began her art education in 1948 by studying Western-style painting with Kokuta Suda, a famous Japanese painter and calligrapher. She studied with Kokuta until 1951, and in 1960, traveled abroad to attend the Art Students League in New York City. She returned home to Japan in 1961, and began taking classes at the Kyoto Ceramic Research Institute. By 1963, Araki opened her own pottery in Nishinomiya. Today, Araki is best remembered for her Bible series, ceramic works sculpted to look like decaying, tattered Bibles that she began making after her older brother died of tuberculosis in 1978. While Araki was agnostic, her brother believed in Christianity, and making the Bibles was a way to remember and communicate with him after his death. Featuring torn, wrinkled, and damaged pages, the Bibles mirror the pain suffered by Araki’s brother due to his illness as well as the pain endured throughout history due to religious conflict. Speaking about the series in 1993, Araki said, “My Bible series on the one hand express my personal history of the Bible, but on the other hand, they express the reality. Still more, they express the reality of our civilization. I don’t play an elegy to its reality, nor do I send a warning. I face up to reality, and I am confident of the significance of my own life.” To construct the Bibles, Araki painstakingly silkscreened individual pages of biblical text onto paper-thin sheets of porcelain, which were stacked into the form of books, then purposefully abraded and weathered before firing. While the Bibles are heavily damaged, they are never destroyed, perhaps suggesting that their teachings are still relevant today. Degeneration Bible is currently on display in The Floating Bridge: Postmodern and Contemporary Japanese Ceramics. 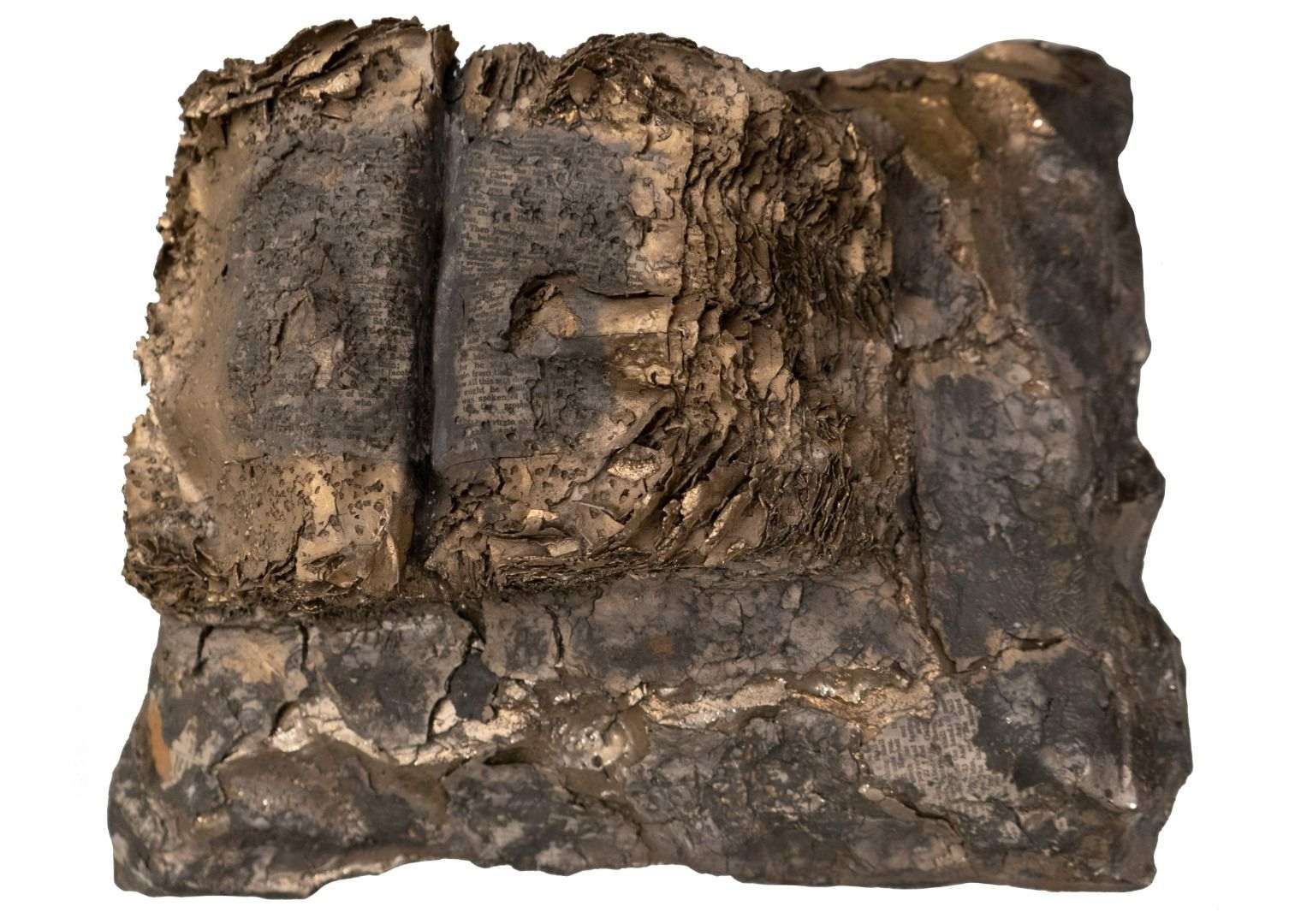