Object of the Week: Exploding Chair, by Rafael Montañez Ortiz

Rafael Montañez Ortiz was an early pioneer of the Deconstructionist Movement, which began in the 1950s and continued to have an important presence into the following two decades. As an avant-garde artist in the post-war period, Ortiz addressed contemporary social and political issues with performance pieces and films that dismantle traditional expectations of art. His work strips away viewers’ understanding of the physical forms of objects and the traditional storytelling of film while commenting on the general disruption of society and the problems that have arisen due to increasingly advanced technologies. Ortiz created Exploding Chair in 1963 by strategically destroying a large upholstered chair. In its present state, the chair is almost unrecognizable, with the springs and the remaining upholstery the only clues to its original identity. Ortiz further separates his finished work from the original chair by arranging the material on a wooden backing with the intention that it hang on a wall, much like a painting. In this manner, he successfully disrupts viewers’ ideas about the purposes of everyday objects and works of art. Exploding Chair is typical of work Ortiz made in his early career, and is similar to the objects in one of his most well-known series, Archaeological Finds, made in the early 1960s. In 1966, Ortiz participated in the first Destruction in Art Symposium (DIAS) in London, alongside approximately 100 other artists, including Gustav Metzger, Al Hansen, and Yoko Ono. During DIAS, Ortiz performed seven ritualistic events in which he tore apart chairs, mattresses, and pianos as a way to comment on the fragility and vulnerability of human life. These performances influenced not only avant-garde artists, but also contemporary psychology. Arthur Janov, who developed “primal scream” therapy, acknowledged Ortiz’s DIAS performances as influential in his psychoanalytic practice. In 1969, Ortiz worked with a coalition of parents, educators, artists, and activists to found El Museo del Barrio in East Harlem, the first museum in the United States dedicated solely to the celebration and promotion of Latino arts and culture. Ortiz served as the museum’s director until 1971, and in 1988, the museum hosted a retrospective of his work, Rafael Montañez Ortiz: Years of the Warrior, Years of the Psyche 1960-1988. The exhibition included Exploding Chair as an important example of the artist’s early work. Exploding Chair is currently on display in the Everson Lounge. -Sarah Poisner, Curatorial Intern Image caption: Rafael Montañez Ortiz, Exploding Chair, 1963, destroyed upholstered chair on wooden backing, Everson Museum of Art; Museum purchase with funds from the National Endowment for the Arts, 2006.14 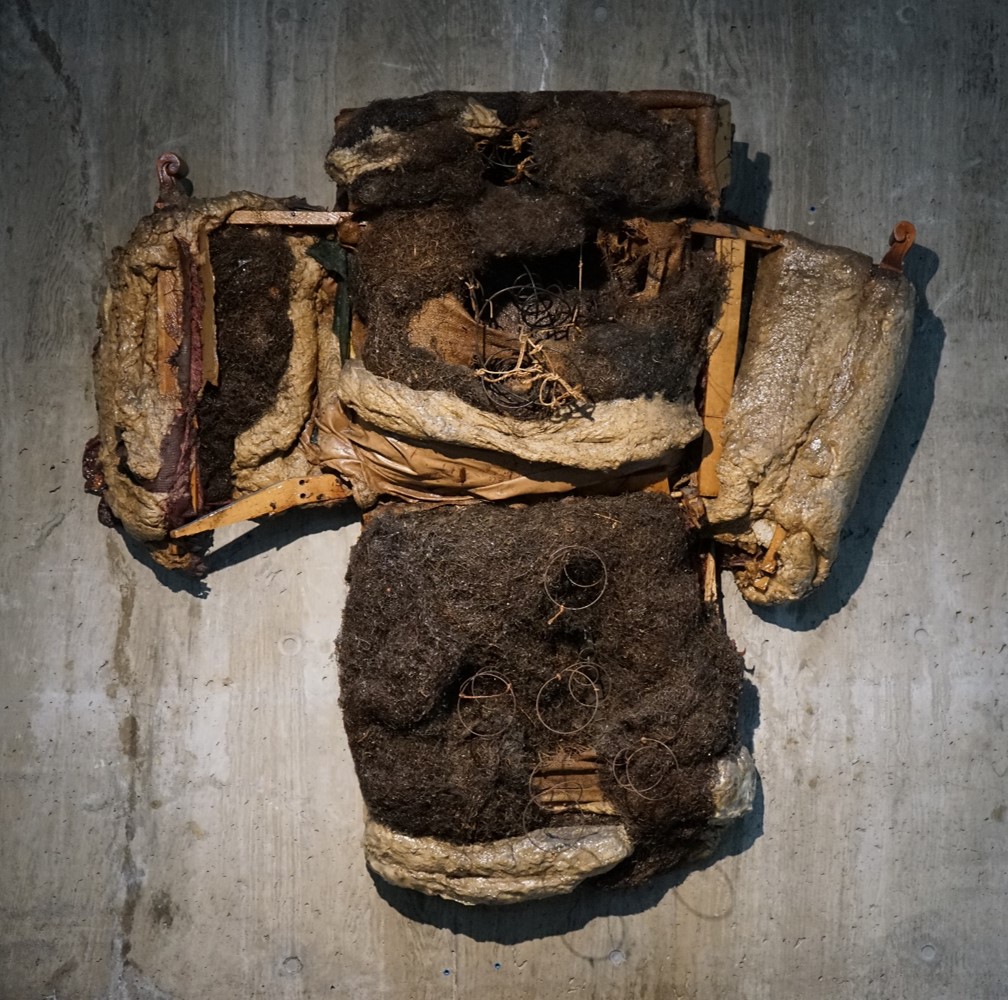