Object of the Week: Stoneware Pot, by Jerry Rothman

Jerry Rothman (1933-2014) began exploring ceramics while studying industrial design at Los Angeles City College and the Los Angeles-based Art Center School in the early 1950s. In 1956, at the invitation of master ceramist Peter Voulkos, Rothman enrolled in the ceramics graduate program at the Otis Art Institute. For the next few years, Rothman and a group of students who would become some of the most famous American ceramists of the century—Ken Price, Billy Al Bengston, Paul Soldner, and John Mason among them—studied under Voulkos and revolutionized American ceramics by questioning the traditional conventions of pottery and using clay as a sculptural medium. Rothman’s style defies labels. His work, which throughout a nearly six decade career ranged from massive twenty-foot sculptures to small and intimate wheel-thrown pots, cannot be categorized into a single genre. Rothman might spend several years exploring a ceramic tradition or idea before moving on to a new approach, but his innovation was consistent throughout his career. He constantly developed new techniques and experimented with different types of clay, glazes, and firing methods. In 1962, Rothman entered work into the Everson’s twenty-second Ceramic National. Established at the Everson (then called the Syracuse Museum of Fine Arts) in 1932, the Ceramic Nationals were a series of juried exhibitions that attracted ceramic artists from across the country to display their works in Syracuse, sparking a national interest in the ceramic arts and changing the public’s view of pottery from a craft to a respected art form. Rothman continued to show in every Ceramic National through 1968. He entered Stoneware Pot in the 1968 National and won the Helen S. Everson Memorial Fund Purchase Prize. Stoneware Pot exemplifies Rothman’s continued exploration of ceramics as both functional objects and works of sculpture. While the pot itself is functional, its hefty size and two large rounded protrusions transform the pot into an abstract sculpture. The soft colors and biomorphic design on the protrusions are reminiscent of Rothman’s Sky Pots series, which he began in 1960 while on an extended visit to Japan. 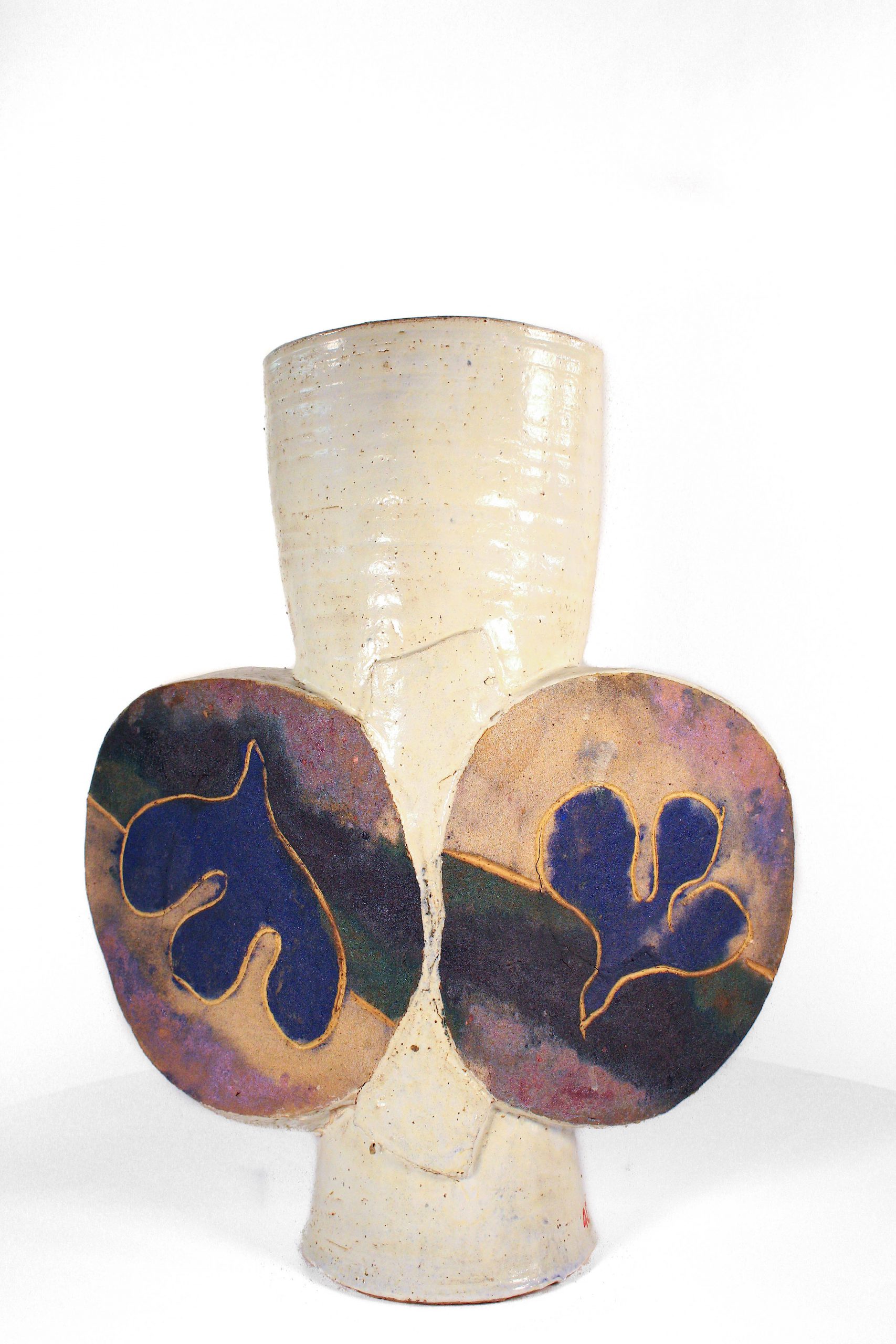