John C. Johansen (1876-1964) was born in Copenhagen, Denmark, and moved to Chicago with his parents when he was one year old. In 1890, at the age of fourteen, Johansen began studying with Frank Duveneck, an American portrait painter. He showed enough talent to enroll at the Art Institute of Chicago, which he graduated from with honors in 1898. After graduating, Johansen embarked on a trip to Paris, where he briefly studied at the Academie Julian, a notable school of painting and sculpture. He returned to the United States in 1900 and enrolled in the Art Students League in New York City, studying there for three years. In 1905, Johansen married fellow painter Myrtle Jean McLane, whom he had met while they were both students at the Art Institute several years earlier. The couple embarked on a two-year trip abroad after their wedding, visiting several countries throughout Europe, including Italy, where they spent many months in Venice studying local portrait and landscape painting traditions. Johansen likely made many sketches on this trip and used them to paint larger canvases, such as Sunrise, Grand Canal, Venice, after returning to America and settling into a studio on West Ninth Street in New York City. Today, Johansen is known primarily for his portrait paintings—his subjects include multiple United States presidents and other government officials—but in the early twentieth century, he painted landscapes, architectural interiors, and garden scenes in the Impressionist style. Impressionists worked to replicate a feeling or a mood, studying how different lighting and atmospheric conditions affected a scene. Their paintings, characterized by visible strokes of paint and pure colors, capture the essence of a subject rather than a photographic likeness. Sunrise, Grand Canal, Venice exemplifies these characteristics. Johansen’s relationship with the Syracuse Museum of Fine Arts (known today as the Everson Museum) began in 1910. Fernando Carter, recently appointed Director of the Museum, frequently traveled from Syracuse to New York City to meet with artists and arrange exhibitions of their work. He and Johansen likely met on one of these trips in late 1910, which resulted in an exhibition of seven of Johansen’s paintings that opened at the Museum on February 11, 1911. Sunrise, Grand Canal, Venice was included in that exhibition, and was purchased by the Museum for its collection later that year. Sunrise, Grand Canal, Venice is currently on display in A Legacy of Firsts: The Everson Collects, an exhibition that examines over one hundred years of the Museum’s collecting priorities, from the Museum’s earliest acquisitions in 1911 to work acquired in 2019. A Legacy of Firsts is on view through March 22, 2020. 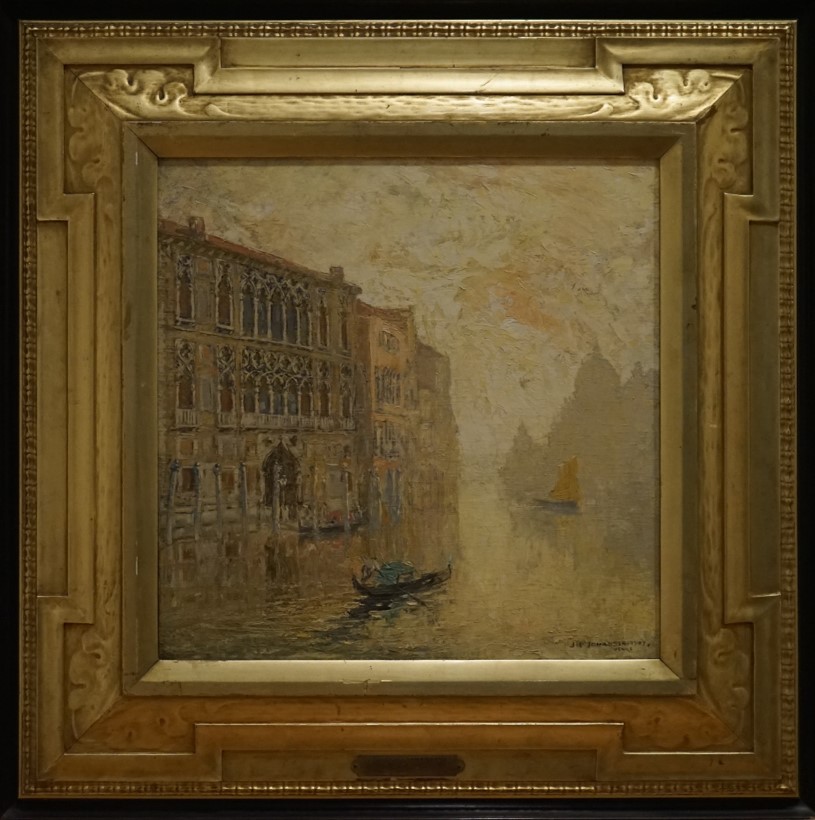