Object of the Week: The Cow with the Silver Horns by William Swallow

In 1946, William Swallow won several prizes at the 11th Ceramic National at the Syracuse Museum of Fine Arts (today the Everson Museum). Among his many accolades, The Cow with the Silver Horns received a purchase prize from the National Sculpture Society as a “work of sculpture possessing the highest sculptural quality regardless of production methods.” Despite having only worked in ceramics for about three years, Swallow’s work exhibited a clear mastery of medium and form. Unique to Swallow was his choice in subject matter, which was an artistic celebration of Pennsylvania Dutch life. 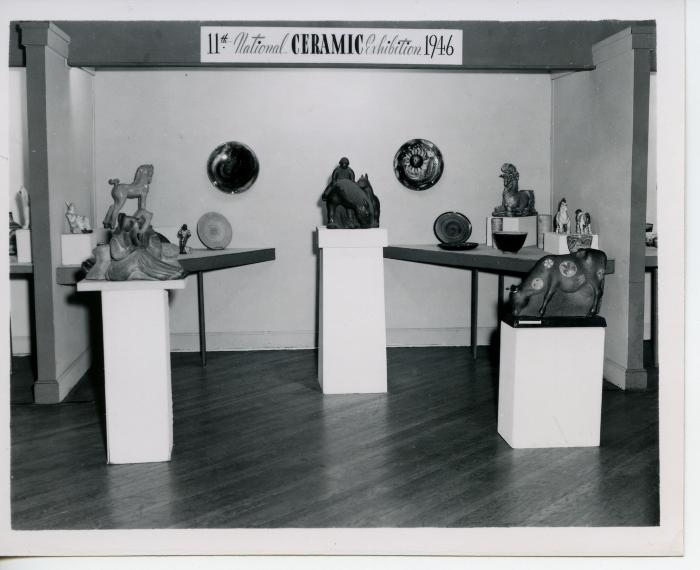 Swallow’s penchant for Pennsylvania motifs reflects his background as both a longtime resident and teacher in the state. He studied at the Philadelphia Museum’s College of Art as well as at the University of Philadelphia and received an honorary doctorate of fine art from Muhlenberg College in Allentown, Pennsylvania. Swallow also taught and served as the director of the art department at Parkland High School in the Lehigh Valley of Pennsylvania for many years, and created most of his work at the ceramic arts facility that he helped found at the high school. The Cow with the Silver Horns exemplifies Swallow’s use of Pennsylvania Dutch themes. The work depicts a cow bending forward to graze on the grass below. Its appearance and posture are natural, but decorative circles sporadically adorn the animal’s body and face. The circles are incised decorations in the design of Pennsylvania butter molds, which Pennsylvania Dutch communities frequently used in order to brand or differentiate their product from others. Butter mold designs were unique to each family, and as such helped buyers recognize whose product they purchased. With the cow’s udder clearly depicted at the animal’s side and its body covered in branded stamps, Swallow alludes to the essential role the cow plays in rural Pennsylvania Dutch communities. As the source of milk, the cow created a means for both food and economic exchange. The Cow with the Silver Horns is currently on view in Key Figures: Representational Ceramics 1932-1972 through June 23, 2019. 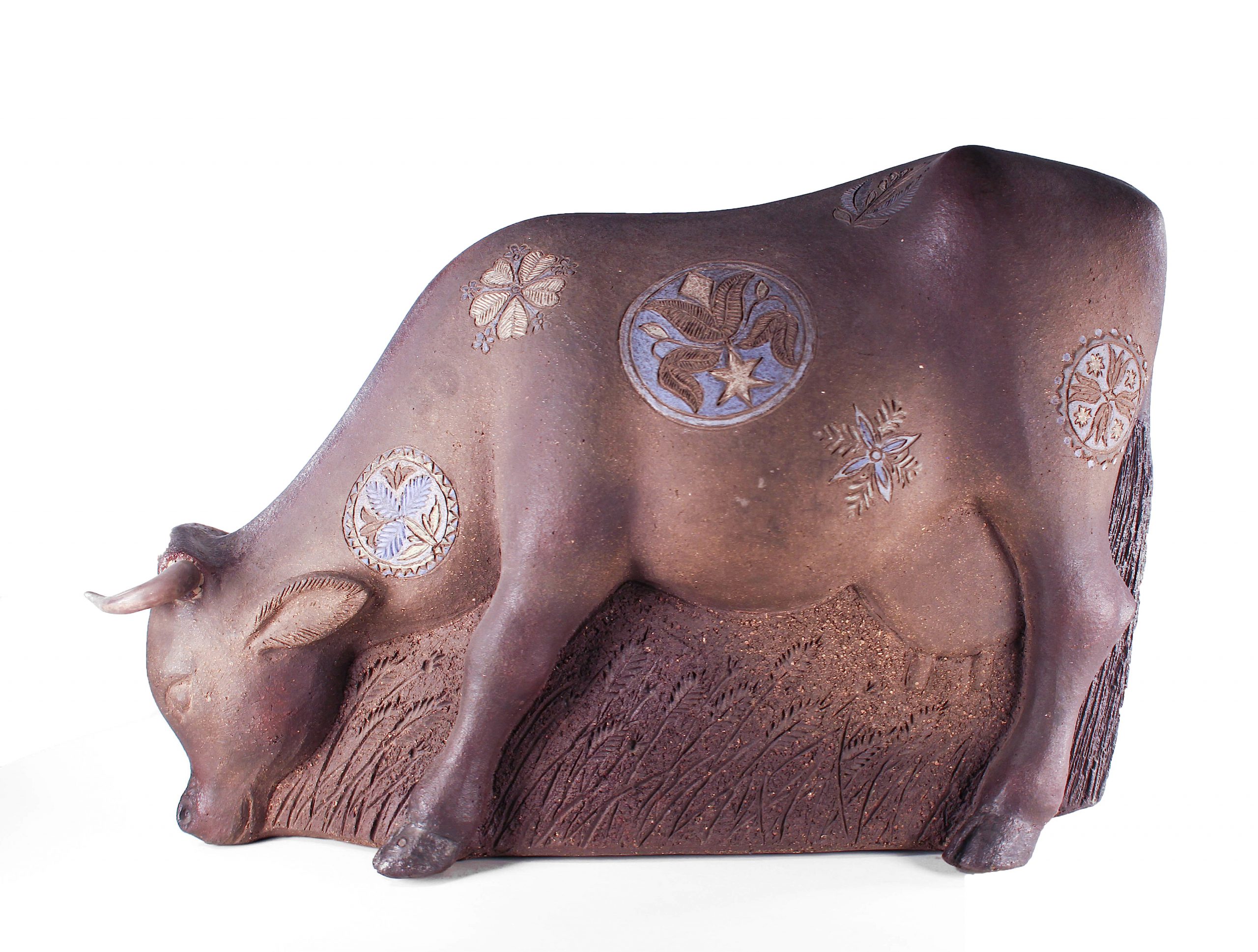