SYRACUSE, NY (April 27, 2020): The Everson Museum of Art is pleased to announce that it has received a grant award from the National Endowment for the Arts (NEA). The NEA is the only arts funder in America—public or private—that provides access to the arts in all 50 states, the District of Columbia, and U.S. territories. A highly selective and much sought-after funder, the NEA provides grants focused on supporting diversity, equity, inclusion, and fostering mutual respect for the diverse beliefs and values of all individuals and groups. The Everson is proud to be among the notable organization and projects to receive support from the NEA.

The grant will help fund an upcoming exhibition by Syracuse-based artist Sharif Bey set to open in spring 2022. Bey is a nationally recognized artist who works in ceramics and sculpture. His interest in the visual heritage of Africa and Oceania, and contemporary African American culture is reflected in much of his work. Also a Professor of Art at Syracuse University, Bey has exhibited his work at Smithsonian American Art Museum, Museum of Fine Arts in Houston, Carnegie Museum of Art, Columbus Museum of Art, and United States Embassies in Khartoum, Sudan, and Jakarta, Indonesia. His work will also be the subject of a solo exhibition that will open at the Carnegie Museum of Art in Pittsburgh this fall. His piece Protest Sheild #2 was recently acquired by the Everson and is now on view in the exhibition Who What When Where.

“With Manhattan gallery representation and an upcoming exhibition at the Carnegie Museum, the rest of the world is finding out what we have long known in Syracuse – that Sharif is a generational talent with a rare combination of skill, intellect, and fearlessness,” said Garth Johnson, the Everson’s Curator of Ceramics. “We’re grateful to the National Endowment of the Arts for recognizing Sharif’s work and making it possible for the Everson to showcase it in the context of his own community.” 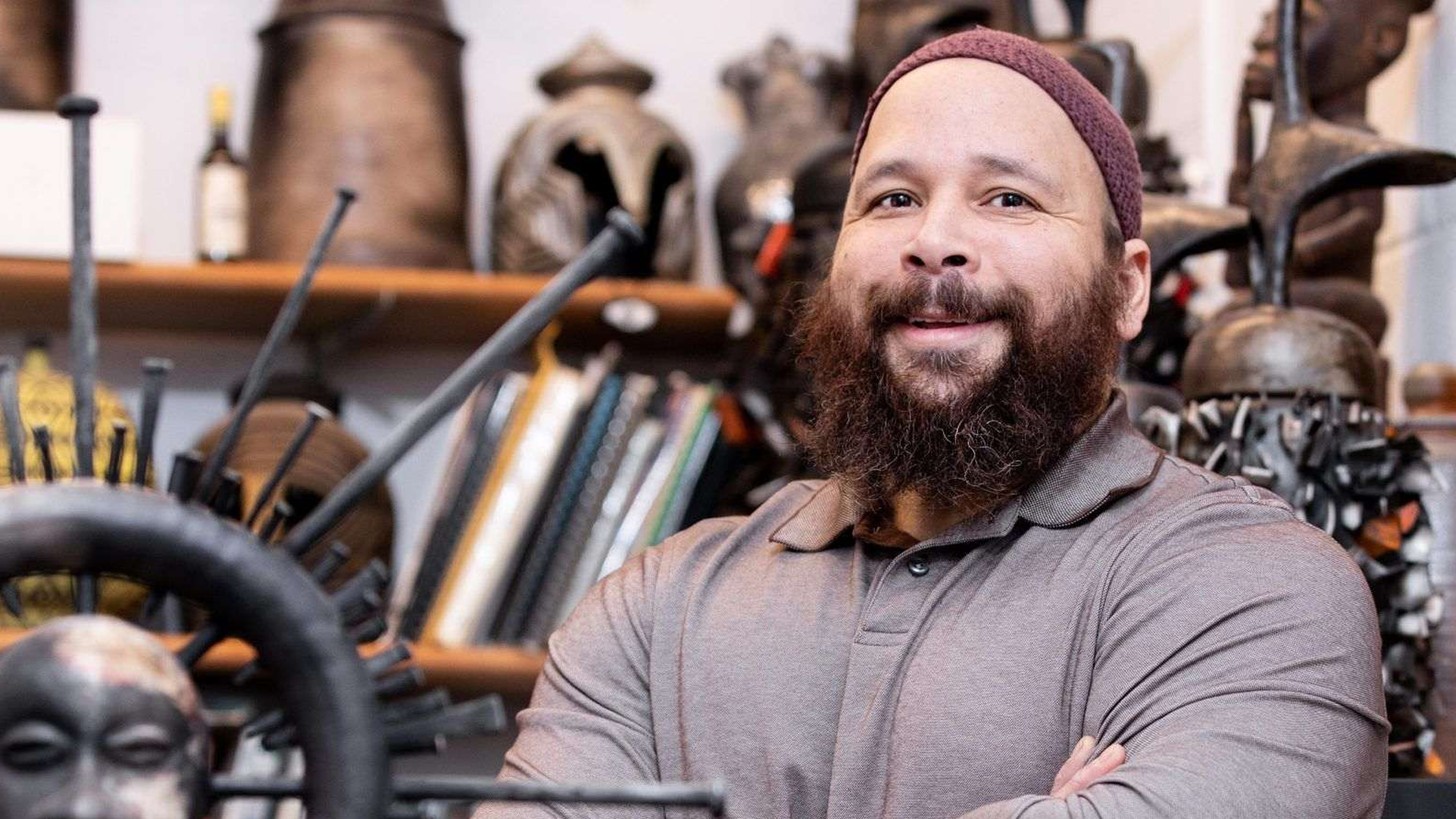