While the word “porcelain” may evoke genteel images of eggshell-thin teacups decorated with dainty flowers, the medium carries millennia of weighted history pocked by tales of crime, murder, and financial ruin. From Silk Road traders who carried the precious cargo to collectors who would pay any price–financial or human–to acquire it, to the international intrigue and industrial espionage that accompanied a race in the West to commercially produce it, porcelain has a storied and lustful past that belies its seemingly delicate nature.

It is this juxtaposition that British potter Gareth Mason seizes upon in his work. With an academic degree supplemented by three years spent as a production potter, Mason possesses impeccable skills–which he purposefully commandeers and redirects in novel ways in order to reflect his own increasingly restless spirit. In Mason’s hands, ethereal white porcelain is commingled with common stoneware clay, and manipulated into forms that simultaneously evoke both body and earth. Forms swell, and glazes ooze, bubble, and drip.

Throughout history, clay has often played a starring role in creation myths. For the works in Carnal Flux, Mason has embraced clay’s sensuality while never losing sight of its universality. When asked about his relationship with his chosen material, Mason writes that in his studio, he is like a “little god of my own ceramic realm, but far from a dispassionate chess-player, I am immersed in it, living out the suggestive dramas and delights that transpire between my head and heart and hands and mud and fire.”

This exhibition was made possible through a collaboration with the Syracuse University College of Visual and Performing Arts with additional support from Jason Jacques Gallery and Laguna Clay Company. 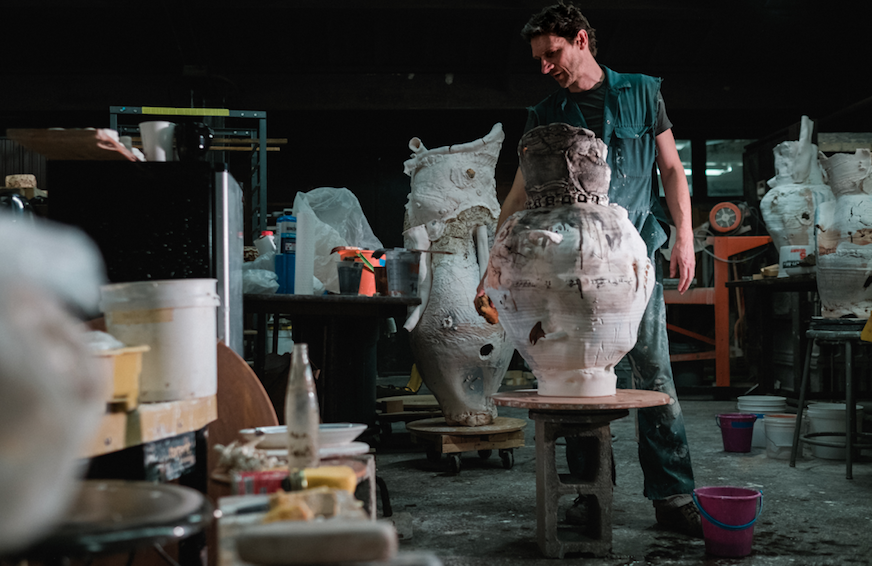