In 1932, Anna Wetherill Olmsted, director of the Syracuse Museum of Fine Arts (today the Everson Museum), established the first annual Robineau Memorial Ceramic Exhibition in honor of local ceramist Adelaide Alsop Robineau, who passed away in 1929. Olmsted intended the exhibition to provide a venue for American ceramists to present their work as well as provide the Museum with the opportunity to become a center for American ceramics. Known today as the Ceramic Nationals, these juried exhibitions ultimately sparked a major national interest in ceramic art and paved the way for museums around the country to collect and exhibit the work.

The Fourth Ceramic National opened at the Museum on October 13, 1935. While the previous three Nationals had been held in May, Olmsted moved the fourth iteration to the fall for various logistical reasons. The exhibitions grew in size every year; by 1935, nearly two hundred works were included, made by seventy-seven ceramists from twenty-five states around the country.

The growth of the exhibition presented new challenges with displaying the works, which Olmsted detailed in a scrapbook summarizing the history of the Nationals she produced later in her life:

“…in the first three shows folding banquet tables had been borrowed from the YMCA to be used for installation. This occasioned some discomfiture, however, for the Y frequently wanted some of the tables returned for their own spring events, before the exhibition was over! And thereby hangs a tale.

Following World War I, when the Drama League was active in Syracuse, a chest large enough to contain a tall actor in a production of the Masefield play The Locked Chest could not be found. So acting on the suggestion of a furniture store clerk, the Kiggins Casket Company was approached, resulting in the loan of one of the large wooden boxes in which coffins are shipped.

Therefore, remembering that experience, we turned to a casket company which loaned us enough large boxes to line the walls, plus smaller ones used for infants’ caskets—the latter standing on end to serve as pedestals. And thanks to discreet coverings of sateen no one was the wiser!”

For many years, the Marsellus Casket Company loaned their shipping boxes to the museum for display. Despite the “discreet coverings of sateen,” the large Marsellus Casket Company delivery truck parked outside of the Museum every year drew media attention to the annual donation. Olmsted writes this blatant display of the Museum’s lack of funds was likely instrumental to securing financial assistance for the Ceramic Nationals from the Rockefeller Foundation in later years.

Richard F. Bach, Director of Industrial Relations at the Metropolitan Museum of Art, R. Guy Cowan, designer at the Syracuse-based Onondaga Pottery Company, and ceramist Carl Walters (seen in the photograph below) served as jurors for the Fourth Ceramic National. Prizes were awarded from Onondaga Pottery, the United Clay Mines, the Onondaga Hotel, and the Trustees of the Syracuse Museum of Art. 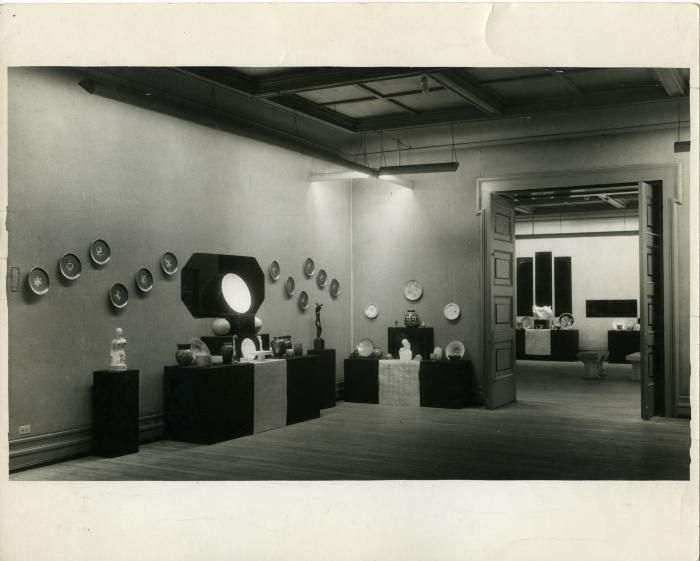 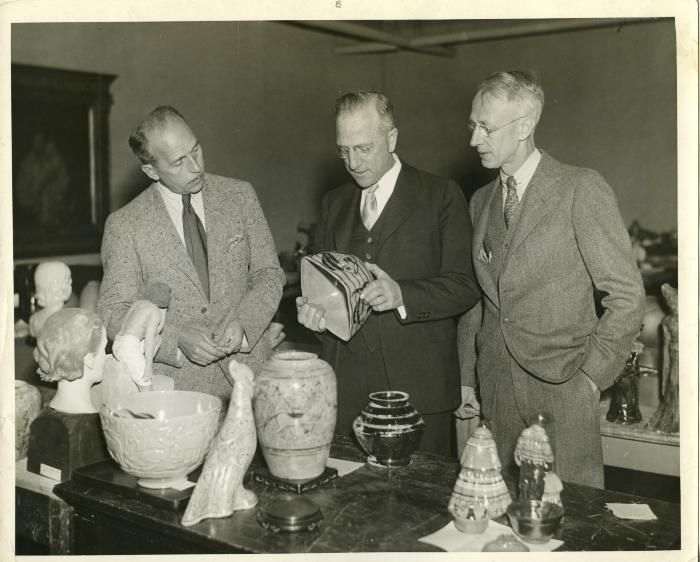 The Fourth Ceramic National is particularly significant because it was the first National to travel extensively. The Museum selected one hundred works from the exhibition shown in Syracuse for inclusion in a traveling exhibition circulated by the College Art Association. The traveling exhibition visited the Currier Museum of Art in Manchester, New Hampshire; the City Art Museum in St. Louis, Missouri; the Philadelphia Museum of Art in Philadelphia, Pennsylvania; and the George Walter Vincent Smith Art Gallery in Springfield, Massachusetts. All subsequent Nationals traveled to locations around the country after closing at the Syracuse Museum, and thus were instrumental in cultivating interest in the ceramic arts throughout the United States and in establishing the Syracuse Museum as a driving force in the ceramic world.

Today, the works purchased from each Ceramic National make up the core of the Everson’s world-renowned American ceramics collection. Funded by a generous grant from the Henry Luce Foundation, the Everson photographed and digitized a significant portion of its American ceramics collection and Ceramic National Archive. The searchable database, which went live in 2016, provides artists, collectors, curators, scholars, and students the opportunity to engage directly with the full history of the Ceramic National exhibitions. 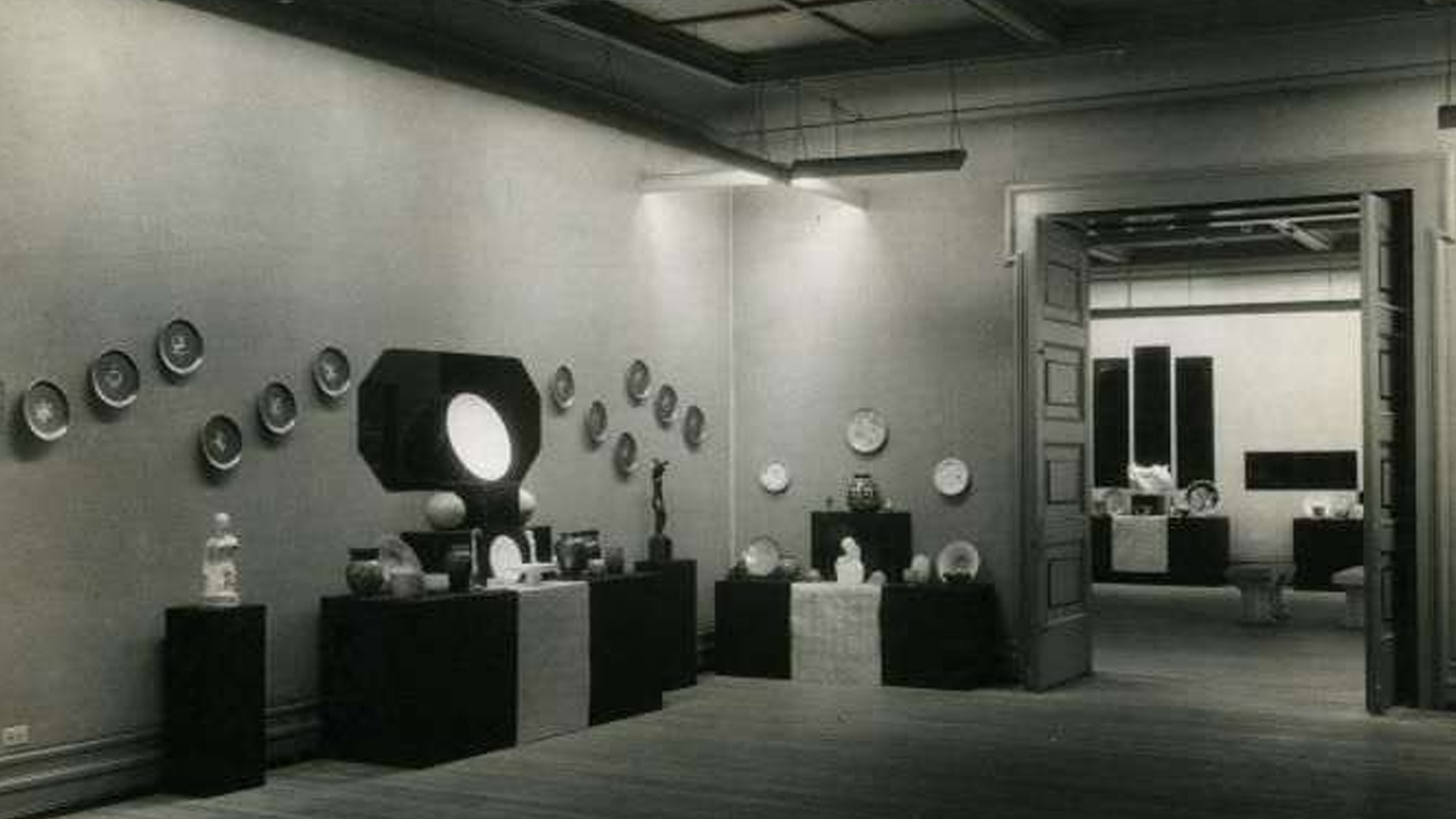