The Everson Museum is proud to announce the acquisition of Polish artist Marek Cecula’s Scatology II on the occasion of World AIDS Day. The importance of Cecula’s breakthrough series, which includes the Everson’s sculpture, to the field of ceramics when it was created in 1992 cannot be overstated. In interviews, Cecula has always maintained that although AIDS was not an explicit component of the series, it was central to its creation—an unavoidable, looming presence in 1990s New York. The Scatology series marked Cecula’s first foray away from the sophisticated functional design work in porcelain that had won him International acclaim. As Cecula settled into a 1992 residency at the European Ceramic Work Center in the Netherlands alongside nearly a dozen other artists, he began to reflect on the connections between porcelain “sanitary ware” (i.e. toilets and sinks), the human body, and hygiene. Each of the five pieces in the Scatology series consists of a stainless-steel tray, pierced with holes to evoke medical trays that allow for the drainage of human fluids away from instruments during surgery. The abstracted forms that rest on the trays are carefully crafted from dazzling white glazed porcelain that evokes the materiality and functionality of sanitary ware, while reflecting the sensuous curves of the human body. With Scatology, Cecula navigates the complex psychological and physical realities that emanate from the relationship between our most intimate body parts and the porcelain sanitary ware that cradles and cleans them. There is no denying that the artist is also evoking figurative eroticism, albeit tangled with the messy realities of the human body. In a 2009 oral history interview with the Archives of American Art, Cecula acknowledged the psychological line that he was walking: “And on one hand, it’s desirable because everybody wants to touch it, but then you don’t touch things like that. It is sterile and it is hygienic, who knows, and so it is both. It is a psychological work. Lot of all the Scatology, it’s really about the kind of psychological position because people drawn to the work, and they think, I know this work — I don’t know from where!” The Scatology series, along with its follow-up, Hygiene, toured internationally throughout the 1990s, and ultimately became iconic representations of the way that porcelain could evoke the human body, along with grim realities like the AIDS crisis. Works from Scatology ultimately made their way into prominent private and public collections, including the Museum of Fine Arts, Houston, and the Mint Museum in Charlotte. The Everson Museum of Art’s permanent collection already boasts a functional teapot by Cecula, but with the acquisition of Scatology II, the Museum gains the ability to speak more directly to the realities of the AIDS crisis, and its impact on the representation of the human body. 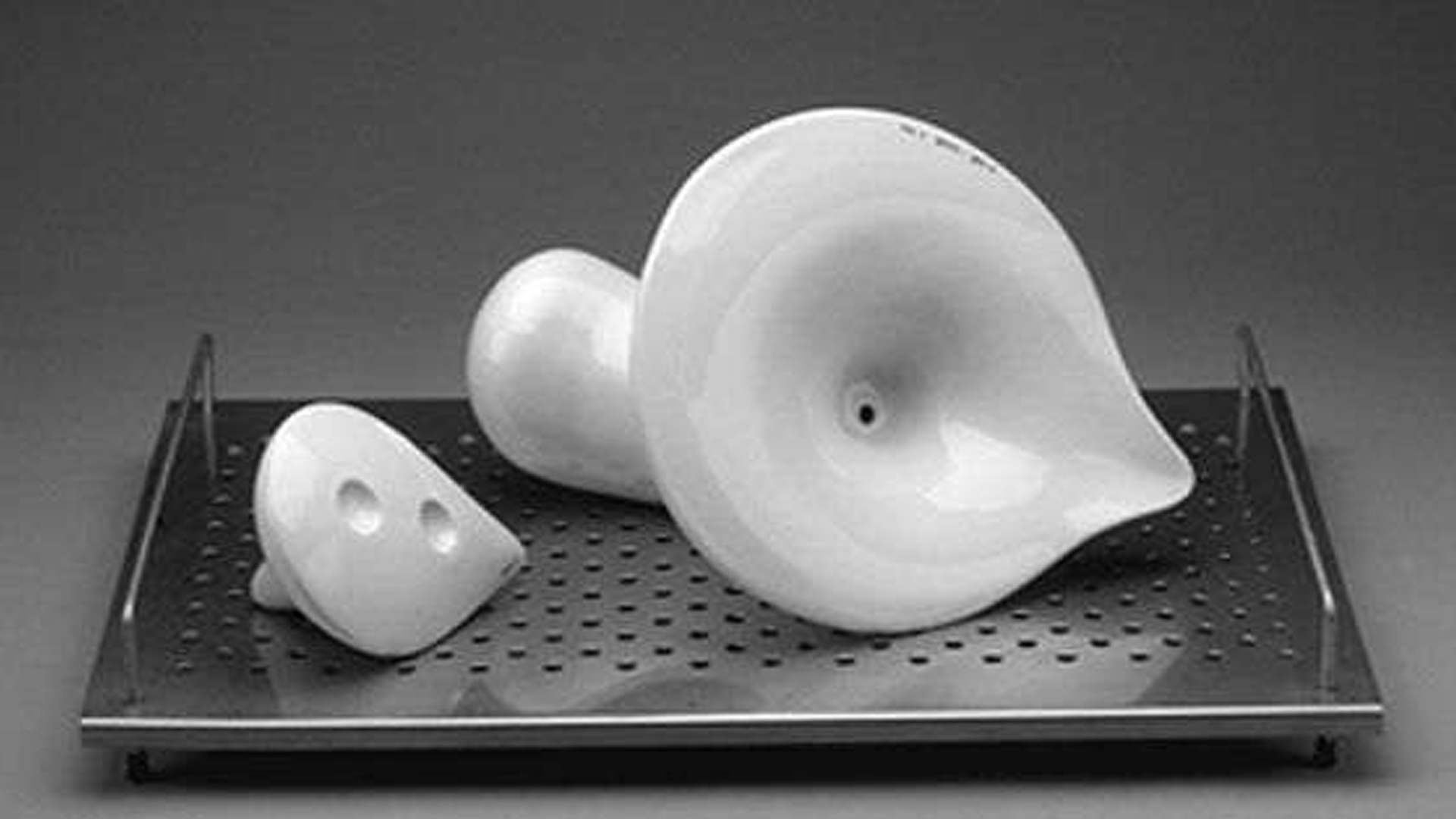