Ceramics Collector Louise Rosenfield Donated 3,000 Pieces to a Museum with One Caveat-The Works Must Be Used

This article was originally published on March 11, 2022 in Artsy. Read the full article HERE.

The Texas-based collector donated her collection of over 3,000 ceramic pieces to Syracuse, New York’s Everson Museum of Art with an unusual condition: that the works will be used at the museum’s new restaurant.

The story of how Louise Rosenfield caught the collecting bug starts in a similar way to many art connoisseurs. Growing up, she saved her allowance to buy pens and stamps; later came coins and bills, all until she found her true passion: ceramics. After amassing thousands of pieces of pottery over the course of three decades, she even embarked on a home improvement project, like many avid collectors, and remodeled her house to accommodate the holdings, letting life imitate the art. Rosenfield’s story, however, veers away from others when it comes to how she envisions her collection’s future.

The Texas-based collector donated her collection of over 3,000 ceramic pieces to Syracuse, New York’s Everson Museum of Art with an unusual condition: that the works will be used at the museum’s new restaurant.

“Ceramic is the most democratic art form,” Rosenfield told Artsy over a call. “A painting or a sculpture eventually becomes a part of the unseen in an environment, but you use all your senses to collaborate with a vessel or a cup.” For our interview, she had chosen to sip from a multicolored Lisa Orr mug, which reflected her mood that day—and she wants anyone visiting the museum to have a similarly thoughtful experience with her ceramics. “The length and form of a cup is so personal, because it meets the hand and the mouth which are in different shapes for everyone,” she added.

Rosenfield has long been in search of a permanent home to honor her collection’s utilitarian nature. She even tried reaching out to a few restaurants and coffee shops to take her wares. The solution came from a conversation with Everson’s director Elizabeth Dunbar, who suggested opening a restaurant at the museum. Soon after, a jury was formed to pick the right architect for the job, spearheaded by Michael A. Speaks, the dean of Syracuse University’s School of Architecture. The Los Angeles–based architecture firm MILLIØNS fit the bill, and the new restaurant they designed is slated to open in late summer 2022.

MILLIØNS’s design will see Rosenfield’s ceramic cups and plates sit inside glass display cases inserted into concrete walls. Patrons will be able to select dishes from the cases to pair with their meals and dine at reconfigurable communal tables. The firm’s founders, Zeina Koreitem and John May, envisioned their proposal, which was selected out of 30 entries, based on the project’s singular and very particular brief. Rosenfield’s radical vision for ceramics and functional art was inspirational for the duo—so much so, they were also commissioned to renovate the I.M. Pei–designed museum’s entire east wing. “Pottery has to participate in the cycle of life,” explained Koreitem.

In order to whet visitors appetites ahead of the restaurant’s summer opening, Everson will offer a glimpse of what’s to come through a new exhibition, “Curious Vessels: The Rosenfield Collection,” which opens on March 11th. The show offers an amuse-bouche, featuring over 200 ceramic pieces, including works from The Democratic Cup, which will be available for visitors to sip tea from. Garth Johnson, who organized the exhibition and is Everson’s curator of ceramics, described the dialogue that Rosenfield aims to bridge between pottery and the public as “radical hospitality.”

Rosenfield’s intention to introduce ritual to eating in an institutional setting recalls food-centric performances by Fluxus artists such as Allison Knowles or Allan Kaprow. And while participatory art that involves eating has become somewhat common nowadays, such an experimental approach to displaying a collection is surprising. For the 69-year-old collector, the arrangement is the next chapter in her life-spanning pottery project.

She first interacted with clay as a young mother, when a doctor recommended that her son knead clay as a way to improve his motor skills. Helping her son experiment with the material led to Rosenfield taking adult pottery classes in the early 1990s, where she learned to throw clay onto a wheel for the first time. “There is something addictive about working with clay—maybe it’s the minerals in the material!” she recalled. Whenever her instructors had sales, Rosenfield made sure to buy a few pieces. And a transformative moment came when a ceramics professor recommended she attend the annual NCECA (National Council on Education for the Ceramic Arts) conference. “There were thousands of potters with tremendous pieces,” she recalled, “so many types of works that the experience was an incredible eye-opener.”

Then in her early forties, Rosenfield started acquiring ceramic vessels, pots, and mugs. A cup by the Alabama-based potter Maria Spies was followed by the vessels of the Californian artist Sam Clarkson. Soon came Beth Lo’s figurative pots, and a gentle bowl by Adam Field. In building the collection, which now includes work by over 800 artists, she chose to only collect from living artists—although some have passed away over the years—and to never buy from the secondary market. She calls herself “an accidental collector,” and avoids making must-buy lists or chasing after the trends.

After numerous visits to NCECA, connecting with galleries online, and befriending potters across the country, Rosenfield’s collection surpassed the limits of her house or any storage space. When her husband meekly asked “when is enough?” at a dinner party in the early ’90s, the collective answer from many pottery professionals around them was “never”—and thus was born the Rosenfield Collection. The collection’s registry, which is also available online, includes documentation of each piece from various angles and information about the featured artists.

The growing wave of interest in ceramics among young artists today excites Rosenfield: “There is a reason that there is a big conversion for ceramicists—we are a community and everyone is invited,” she said. Nowadays, Rosenfield’s most recent acquisitions go directly from the sellers to the Everson Museum’s collection.

Surprisingly, Rosenfield is not intimidated by the risk of her works being damaged through use at the museum. “What’s the purpose of a cup or a plate?” she asked. “They’re supposed to hold the liquid or the arrangement of food.” She sees no point in leaving the objects on shelves because of their preciousness; she believes that not fulfilling the objects’ purpose would mean depriving ourselves from the joy of engaging with art.

In a given morning, Rosenfield carefully pairs her breakfast with the most aesthetically fitting plate—whether it be glazed in a color that best reflects the dark red of the strawberry jam or shaped in a way that presents granola in an appetizing form. Will sending her vessels to the museum be an inconvenience at home? “Not at all,” Rosenfield said. “I have around a thousand more pieces to use in my kitchen.” 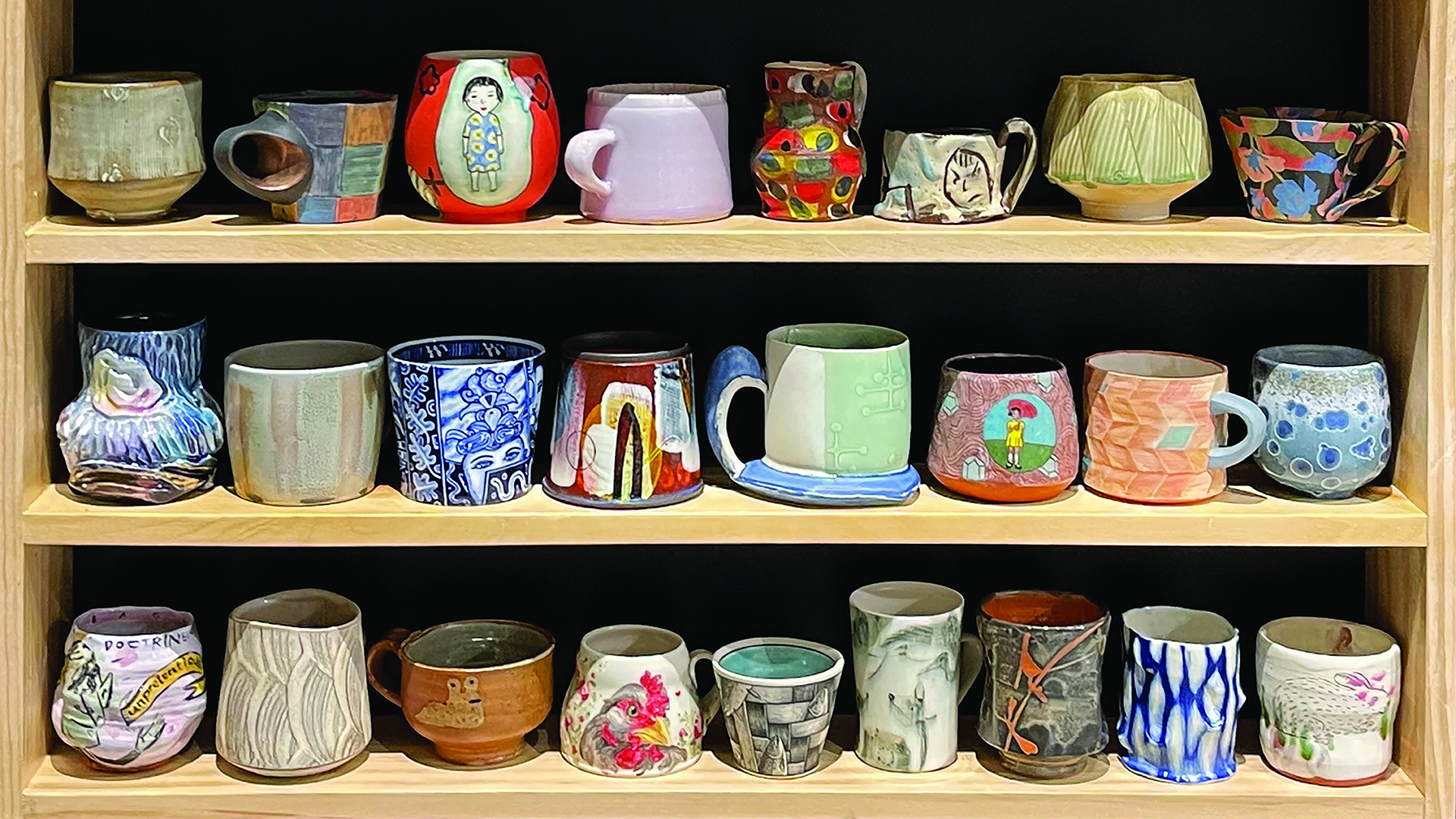