Syracuse’s Everson Museum of Art, which holds one of the largest ceramics collections in the country, is about to get a big boost in the form of a new gallery to highlight its ceramic gems including the famous “Scarab Vase,” by Adelaide Alsop Robineau. 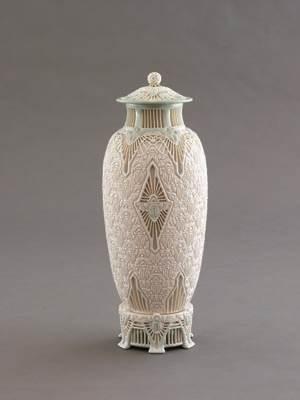 On June 16, the Museum held its annual Summer Picnic on the Everson Community Plaza with nearly 400 guests in attendance. A sunny evening filled with honors and awards was made even brighter when Elizabeth Dunbar, Everson Director & CEO, announced amatching gift campaign to support the relocation of the Museum’s famous ceramics collection. This campaign is being generously funded by long-time Everson Trustee Paul Phillips and his wife Sharon Sullivan. The pair offered to pledge up to $50,000 in this dollar-to-dollar matching campaign.

“The Everson’s collection of ceramics is world-renowned and should be experienced in a setting that highlights its uniqueness and reflects its importance within the Museum’s holdings,” said Phillips. “We have long believed these hidden gems needed to be brought back to public attention, and we want our gift to encourage others to also support this project.”

The Everson has long been an advocate and champion of ceramic artists. Since acquiring its first ceramics works by Adelaide Alsop Robineau in 1916, the Everson (then called the Syracuse Museum of Fine Arts) has played a pivotal role in shifting the perception of ceramics from craft to a fine art medium. The Museum now holds a ceramics collection boasting over 5,000 pieces ranging in date from 1000 CE to the present and including works from the ancient Americans of the Southwest to cutting-edge examples by contemporary artists. 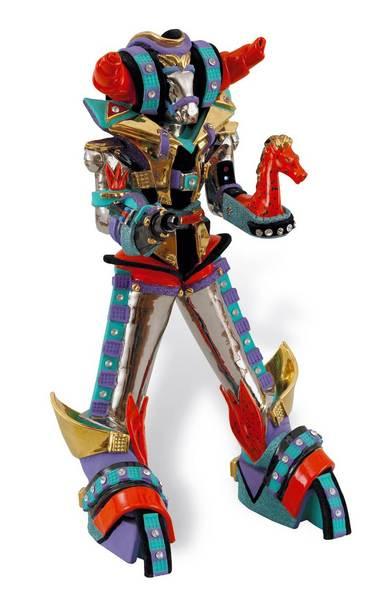 The expansiveness of the collection has grown year by year, largely due to the Ceramic National exhibitions. Established in 1932 and running intermittently until 2000, the Ceramic Nationals invited American ceramic artists from all over the country to submit their works to a juried exhibition at the Everson. The Museum frequently acquired works accepted into the exhibitions, which has led to the Everson holding one of the largest and most significant collections of American ceramics in the nation. “Our Ceramic National exhibitions remain important historical records of the field over time, and helped position the Everson as one of the foremost repositories of the medium,” said Dunbar. “The new flexible gallery space will enable us to drastically enrich the public experience of our diverse holdings through changing thematic exhibitions and more in-depth interpretation.” Dunbar envisions a gallery with regularly changing shows, curated by Everson staff as well as guest curators to create meaningful contexts for viewing the artworks. 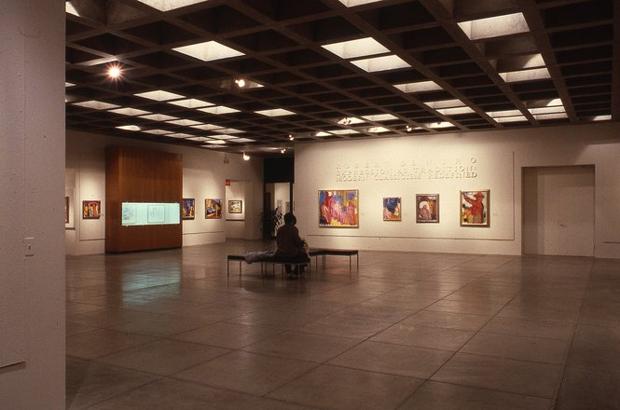 The location of the new ceramics gallery was designed to be an exhibition space, as shown here in 1988. More recently, the area has been know as the “Art Zone,” and interactive area for children and families.Everson Museum of Art

In addition to serving a functional purpose, this relocation also holds a significant historical importance. The Everson building was designed by world-renowned American architect I.M. Pei. Completed in 1968, the Everson was his first museum design—Pei later designed many others, including the Johnson Museum in Ithaca, The National Gallery in Washington, D.C., and the 1993 addition to the Louvre in Paris. Meant to be seen as a large sculptural object placed amongst the forms of a modern city, Pei purposefully designed each detail of the Everson, inside and out, to be experienced from multiple viewpoints. The new ceramics gallery will return the lower level of the Museum back to Pei’s original design, occupying an area that was specifically intended to feature exhibitions. For the last few decades, the space has served as an education facility for children and family programs. Dunbar expressed excitement about returning the room to its intended purpose.

The Everson Board of Trustees has already collectively pledged more than $22,900 to the campaign. The Museum now seeks help from the public to help fund the rest of the project. Interested donors can visit everson.org/donate to make a donation.