This article was originally published on March 29, 2021 in The Daily Orange. Read the full article HERE.

“To me, I see it as an artist-on-artist. We get a chance to have a conversation about our different work processes, and though we are in different forms of art, there’s some similarities in that.”

Artist Sharif Bey and chef Sara Tong-Ngork were born just days apart. Another artist, Jaleel Campbell, and baker Fiona Day both went to Nottingham High School, where they were involved in the drama program. Through the Salt + Pepper series, these chefs and artists discovered they shared similar experiences despite working in different fields.

Presented by Salt City Market and the Everson Museum of Art, the Salt + Pepper series features half-hour conversations between an artist and a chef. The first installment in the series took place on March 4 with Bey, who is also an associate professor of art at Syracuse University, and Tong-Ngork, the creator of Firecracker Thai Kitchen.

On Thursday at 6 p.m, Campbell, whose “Homecoming” exhibition is currently on display at the Everson Museum, will speak with Fiona Day, who founded Pie’s the Limit. The third session on May 6 will feature Sleyrow Mason of SOULutions Southern Cuisine and visual artist and storyteller Vanessa Johnson.

The Salt + Pepper series comes as the Everson Museum is planning its return to the food scene in Syracuse. In the fall, the museum is reopening a cafe space that has been closed for over a decade. The cafe will use pottery that honorary trustee Louise Rosenfield donated from her collection, Johnson said.

During the conversations, which are held over Zoom, the chef prepares food from their kitchen at the Salt City Market while talking to the artist, who is located in their studio. Near the end of the event, Salt City Market’s market manager Adam Sudmann delivers the chef’s food to the artist so they can try it. Meanwhile, Garth Johnson, a curator of ceramics at the Everson Museum, manages the audio and visuals aspects of the event.

The series is a “mash-up” that ties food and art together, said Kimberly Griffiths, the curator of education at the Everson Museum. Griffiths, who has worked with Salt City Market to develop the series, said the events combine the fun of watching a chef prepare a dish and talk about the different ingredients with a visual artist’s perspective. This makes art more accessible to people who may not be familiar with the museum, she said.

At the first session of the series, Tong-Ngork made a vegetarian Thai omelet. She also created a stir fry, cooking an Impossible burger with garlic, chilies and soy sauce before adding fresh basil, bok choy and red peppers and serving it over rice. The finished product was a vegan version of Firecracker Thai Chili’s signature dish, which is spicy basil chicken. Tong-Ngork said her favorite part of the event was getting to see the ceramics that the artist, Bey, created.

In forming the artist and chef duos, Salt City Market and the Everson Museum compiled lists of chefs and artists and then did “a little bit of match-making” to pair them up, Johnson said.

“We had talked earlier in the week, and during the event we talked a lot,” Tong-Ngork said. “But then when he finally was able to show his work, he just gave me a new appreciation for the artist that he is, and some of his pieces really spoke to me.”

The goal of the series is to “get back to conversation,” especially since many chefs do not have a lot of time to converse when they are running their stalls at Salt City Market, Sudmann said. He intends for the conversations to be natural rather than scripted, and tells the artists and chefs that their talk does not have to go in a specific direction. He encourages the artist and chef to meet the week before the event to begin to get to know each other.

“I’ve told them: have free range,” Sudmann said. “If it goes somewhere totally wacky, I don’t care. As long as it’s natural.”

When choosing the length of the conversations, Sudmann wanted to find a balance between allowing for depth and giving both the artist and chef space to talk, without exhausting the viewer. Sudmann hopes to pivot to in-person conversations in the future after piloting the trio of virtual sessions.

During the next session in the series, Day from Pie’s the Limit anticipates talking to Campbell about some of their shared experiences, such as attending Nottingham High School. Other than that, the two will just see where the conversation goes.

Day will be making a banana cream pie at the event and have some ingredients prepared ahead of time. She will show what the pie looks like when it comes out of the oven, just like on cooking shows, she said.

By showcasing the perspectives of chefs alongside visual artists, the series allows the two groups to find ways in which they are alike, such as their creativity and ability to problem-solve, Campbell said.

“To me, I see it as an artist-on-artist,” Campbell said. “We get a chance to have a conversation about our different work processes, and though we are in different forms of art, there’s some similarities in that.”

Sudmann said the series shows the potential for discovering commonalities with others by talking to people who are “outside of our normal sphere.” This potential isn’t limited to food and art because there are interesting aspects of every discipline.

As the “best binder of people,” food often invokes conversations about family, and the Salt + Pepper series offers community members a lens into both artists and chefs that they wouldn’t normally see, Johnson said.

“Food is something that automatically connects people and automatically makes people put down their guards,” Johnson said. “So, we’re looking for honest, emotive conversations around food.” 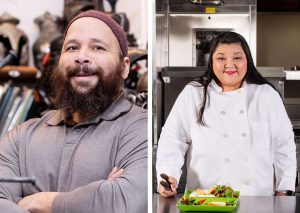 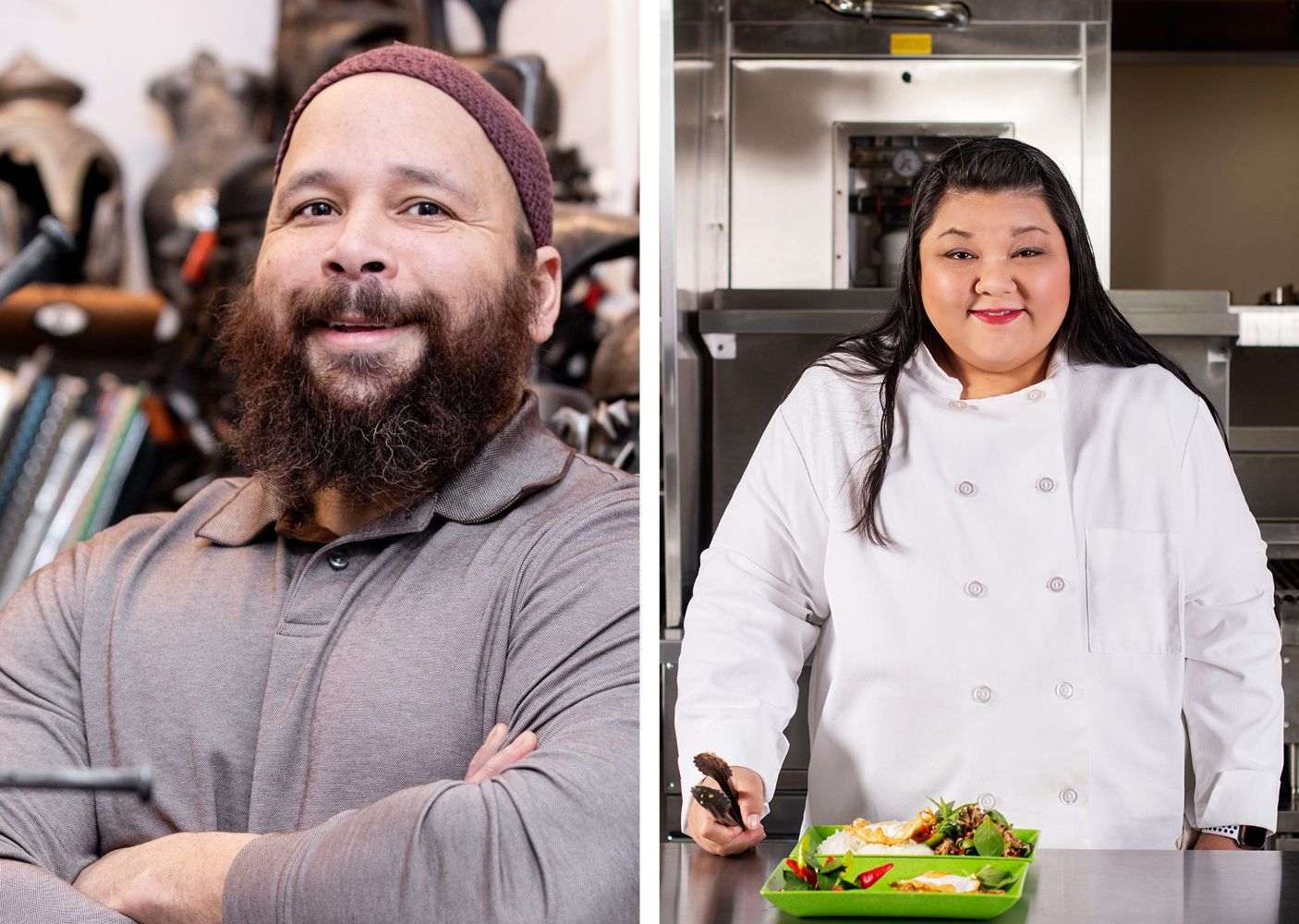