Object of the Week: East Side, by Elisha Kent Kane Wetherill

Elisha Kent Kane Wetherill (1874-1929) was born into a wealthy and prominent Philadelphian family, descended from one of the founding members of the Free Quakers, a society formed by men expelled from the Quakers due to their involvement in the American Revolution. His father, Samuel Wetherill, was a successful industrialist and chemist who invented a method for producing zinc oxide from zinc ore, thereby drastically reducing costs associated with paint production and facilitating the development of ready-made paint. Perhaps with plans to follow in his father’s footsteps, Elisha first studied chemistry at the University of Pennsylvania. His true interests, however, lay with art, and he began attending the Academy of Fine Arts in Philadelphia in 1893. Elisha had three older brothers from his father’s first marriage, and therefore may have been allowed greater freedom in choosing a career because he had siblings who could carry on the family business. Wetherill’s art education continued abroad in Paris, where he studied under James Abbott McNeill Whistler, a vocal proponent of the Aesthetic Movement, and Jean-Paul Laurens, a French Neoclassical painter. While abroad, Wetherill painted street scenes of Paris, the everyday life of countryside peasants, and the Breton coast along the Île-aux-Moines. Upon returning home to the United States, Wetherill enlisted in the military, joining the Seventh Regiment of New York. He served briefly on the US-Mexico border during the Mexican Revolution, and then in World War I as a Billeting Officer stationed in France, a position he held due to his understanding of the language and knowledge of French culture. At the War’s end, Wetherill settled in New York City, returning to his work as an artist. However, wounds sustained during the War provided a constant distraction from his efforts. Throughout his short career, Wetherill painted a diverse range of subjects, including portraits, nudes, landscapes, and cityscapes, often in vibrant, bold colors. He was also a skilled printmaker, producing countless etchings depicting city shops and country scenes. Known as a man of great simplicity, Wetherill drew influence from his surroundings, translating his love of life into oils on canvas. East Side presents a group of city dwellers navigating their way through a street market on New York’s Lower East Side. Using a darker color palette than was typical of his other works, Wetherill may have been alluding to the grittier side of urban life. East Side received the Benjamin Altman Prize at the National Academy of Design’s annual Exhibition in 1927, a prize of $500 awarded to the best landscapes and figure paintings. The painting was first exhibited at the Everson in 1933, in a memorial exhibition of Wetherill’s oil paintings and etchings. The photograph below shows East Side hanging in the exhibition, viewed by Mr. Charles S. Chapman, one of the jury members who awarded Wetherill the Altman Prize. After the exhibition, Mrs. Georgine Shillard-Smith, Wetherill’s niece and a great patron of the arts in Philadelphia, gifted East Side to the Museum. 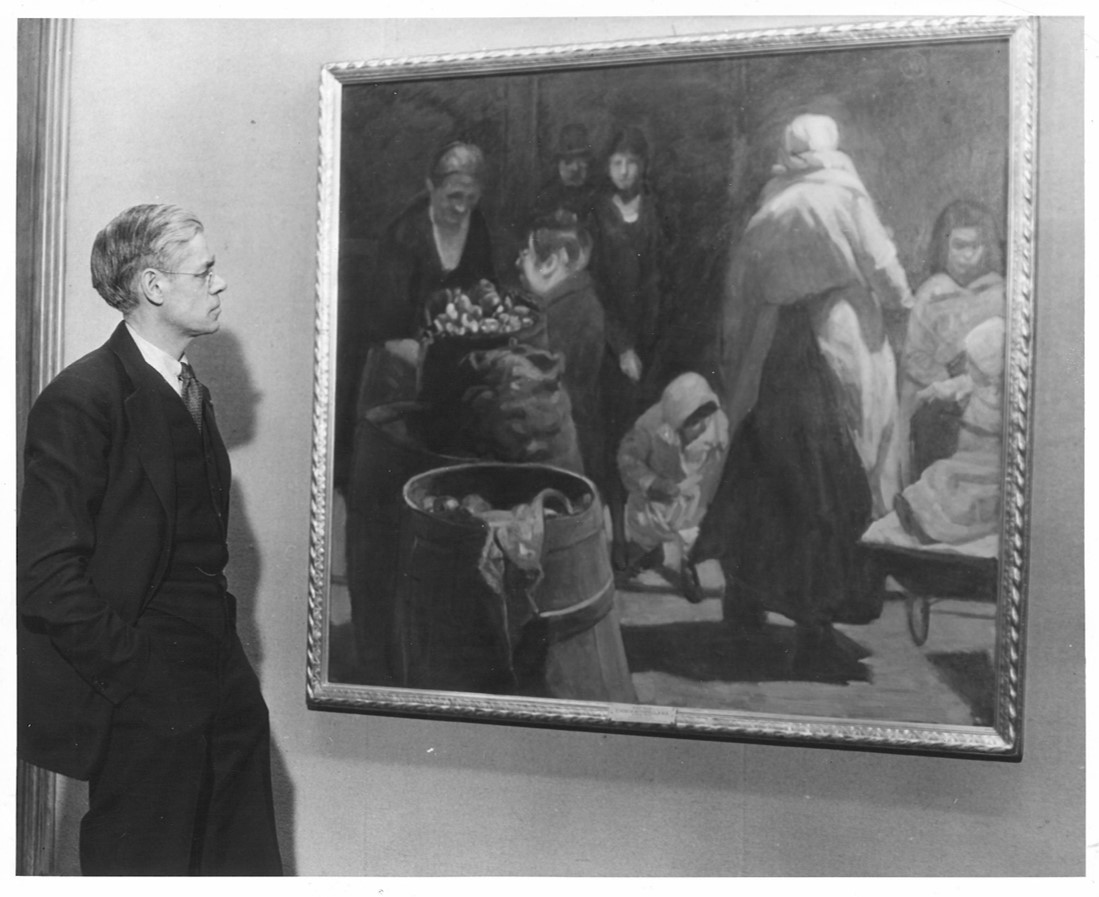 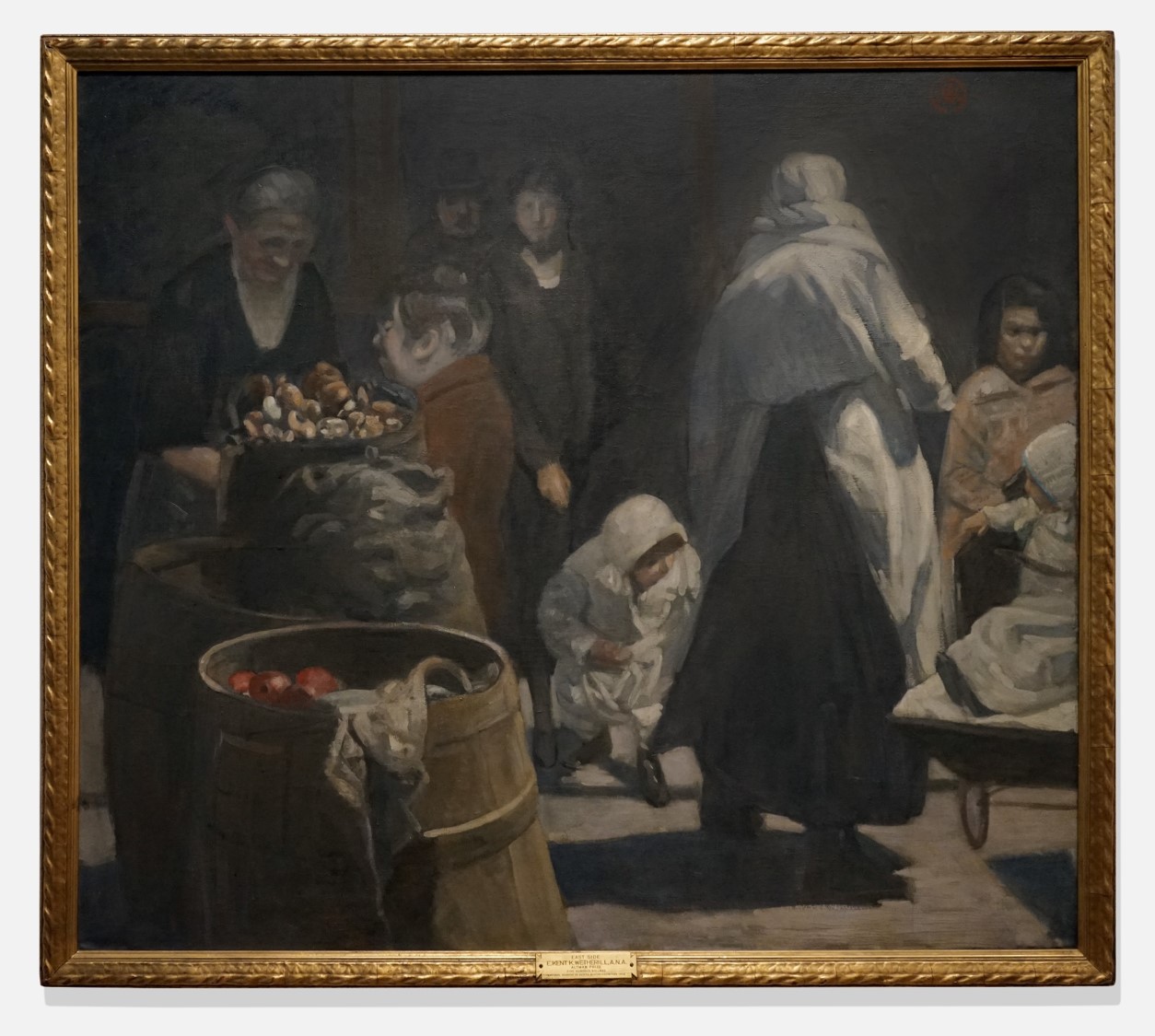