Object of the Week: Inner Landscape by Miyashita Zenji

Miyashita Zenji (1939-2012) was born into a family well known for their work in ceramics. While his family had a long history working with clay, Miyashita’s early years were dominated by works made by his father, Miyashita Zenju (1901–1968), a famous Kyoto porcelain potter. Miyashita resisted working for and inheriting his father’s prestigious studio, instead attending the Kyoto Municipal University of Art and Music. There, Miyashita studied under Kiyomizu Kyubey (1922-2006), a ceramic-sculptor, and then Yusube Yaichi (1897-1984), a master potter. By 1966, Miyashita had completed his arts coursework and post-graduate ceramics degree at Kyoto Municipal University of Art and Music and swiftly found success pursuing ceramics.

Miyashita’s ceramic work utilized incredibly thin layers of colored clay, known as saidei, which he carefully stacked from the top down to create clay forms. The pigmented layers render his ceramics into aerial views of landscapes and open skies, with the curving forms of the saidei implying distant hills, clouds, and rising ocean waves. The soft gradient of blues and greens in Miyashita’s Inner Landscape evidenced the artist’s ceramic knowledge acquired over his lifetime. In his artist statement, Miyashita explained, “Thinking back to when I started, quite consciously, to get involved with clay, I feel I was making mere shadows of pottery devoid of the spirit of the clay itself. I was absorbed in creating forms with no reference to the qualities of the clay.” The clay’s texture—fine, or coarse—and moisture content greatly affected the completed work. However, as Miyashita matured as an artist, his mastery over clay’s potential allowed him to look inward. He said, “In recent years, in making pottery with ‘mental scenes’ as my main theme, I am trying to develop my own style by adding color to the clay. I want to explore the limitless concrete and abstract forms that develop in my imagination and express them in my work. My goal in my current work is a delightful musical performance: a harmony of color and a restrained sense of the clay in the background of tranquil scenes.”

In 2005, Miyashita received two awards from Kyoto’s city and prefecture: The Lifetime Achievement Award and The Cultural Award. His work has been exhibited worldwide, and is collected by major museums throughout Japan, the United States, and Europe. Remembered for his creativity, kindness, artistry, and enthusiasm, Miyashita passed away in 2012.

Miyashita’s Inner Landscape is on display in The Floating Bridge: Postmodern and Contemporary Japanese Ceramics. 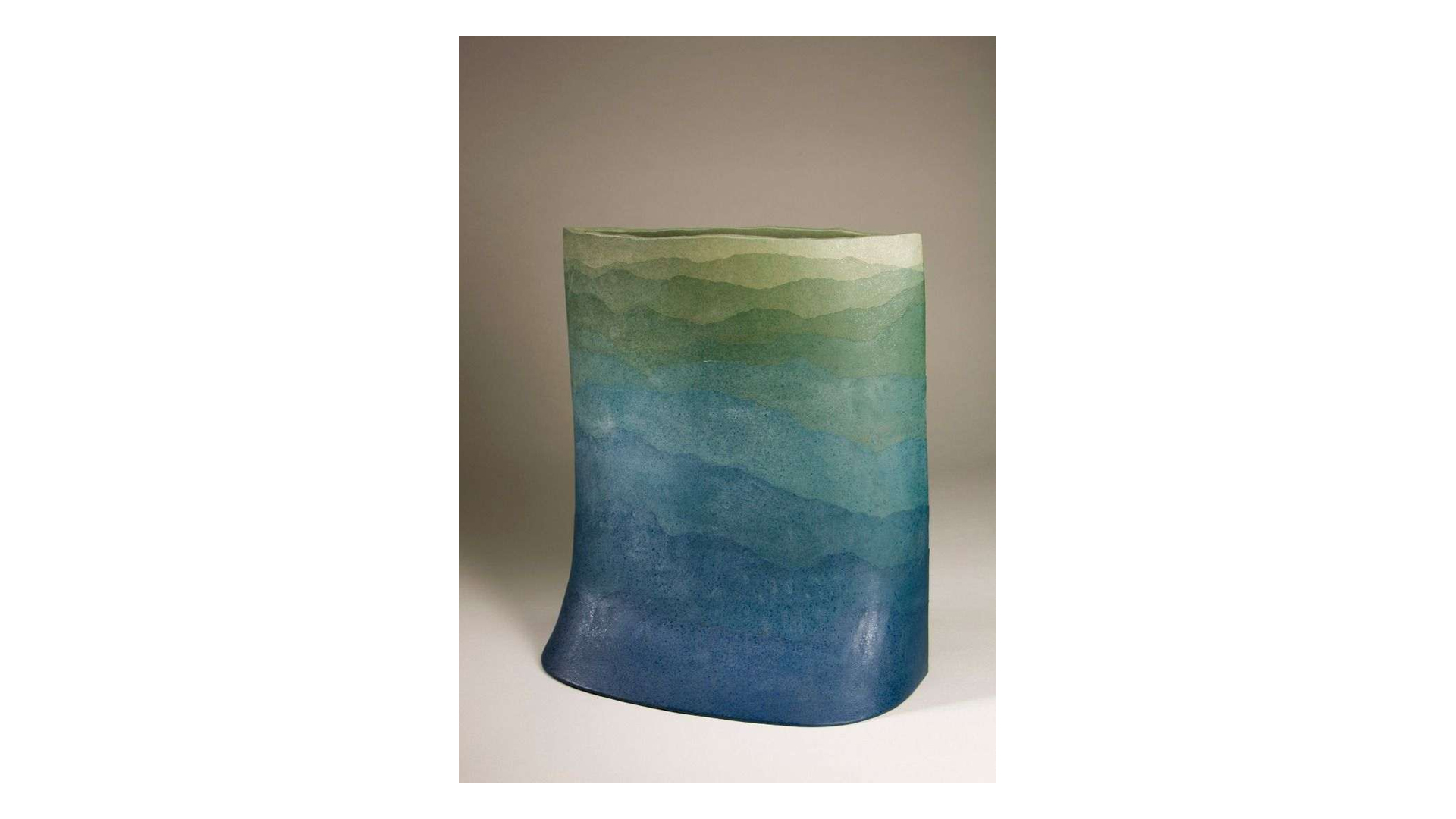