Object of the Week: Plate by Maria Martinez

Maria Montoya Martinez (1887-1980) was a celebrated potter from San Ildefonso Pueblo, New Mexico. Maria was an active ceramist when modernism was deemed a masculine and primarily white artistic movement, and she interfered with that model to show that Indigenous peoples have their own modernity, and have always been modern. Ceramic making in San Ildefonso was traditionally a female practice, and Maria grew up with a family of potters and creators. She attended Saint Catherine’s Indian School in a time when Indigenous women were struggling to survive economically. Pottery was Maria’s way out of this economically difficult setting to support her family and her village. Her three younger sisters, Juanita Montoya, Desideria Martinez, and Clara Martinez, were also potters, as well as her older sister Maximiliana (Anna). Maria learned pottery making from her grandmother and aunt Nicolasa, and by 1900 at thirteen years old, she was already a celebrated potter in her community. She learned the ancient tradition of hand-coiling pots to create her smooth ceramic silhouettes. Additionally, she taught women in the local pueblo, her sons Popovi Da, Adam, and John, and was a duo with her husband Julian. Maria’s works were considered artworks rather than household or ritual items. She wanted to recall the pots of ancient Pueblo ceramists, whose works she became familiar with as a teenager, but with a modern twist as the designs and symbolism on her ceramics were all new. She used volcanic ash that was easily found in New Mexico, mended with beeweed, an insect-attracting plant eaten for medicinal properties, in order to create a unique, chalky texture. Maria worked for the art market, creating unique works primarily for tourists who were uneducated about her culture. In a time when San Ildefonso pottery was declining at an alarming rate, Maria’s blackware revival set Pueblo pottery on an international stage. With the help of the National Endowment for the Arts, a pottery workshop was founded in 1973, which taught students her pottery style. Maria died in San Ildefonso in 1980. Plate is indicative of her blackware style while also incorporating motifs from her earlier polychrome ceramics. It is lustrous with contrasting matte and shiny surfaces that enhance the geometric designs. The details appear astonishingly flat on the rounded body, but there is an idea of motion with the repetition of the patterns in how they sway and move with the viewer’s eye. Maria shaped Plate with her hands by pressing and smoothing the clay, and the designs were polished with a stone once fired. Plate was exhibited during the 1933 Ceramic National at the Everson Museum of Art along with two other of her works, a bowl and a jar. Plate is the only object submitted and exhibited in the second Ceramic National that resides permanently in the Everson’s collection, although the collection includes other works by Maria as well. After exhibiting in the Ceramic National, Plate toured in the first Ceramic International in 1937, traveling to Europe in Denmark, Sweden, and Finland, introducing Europe to Indigenous pottery. Maria gifted the plate to the Everson in 1941. Plate is currently on display in A Legacy of Firsts: The Everson Collects, an exhibition that examines over one hundred years of the Museum’s collecting priorities, from the Museum’s earliest acquisitions in 1911 to work acquired in 2019. 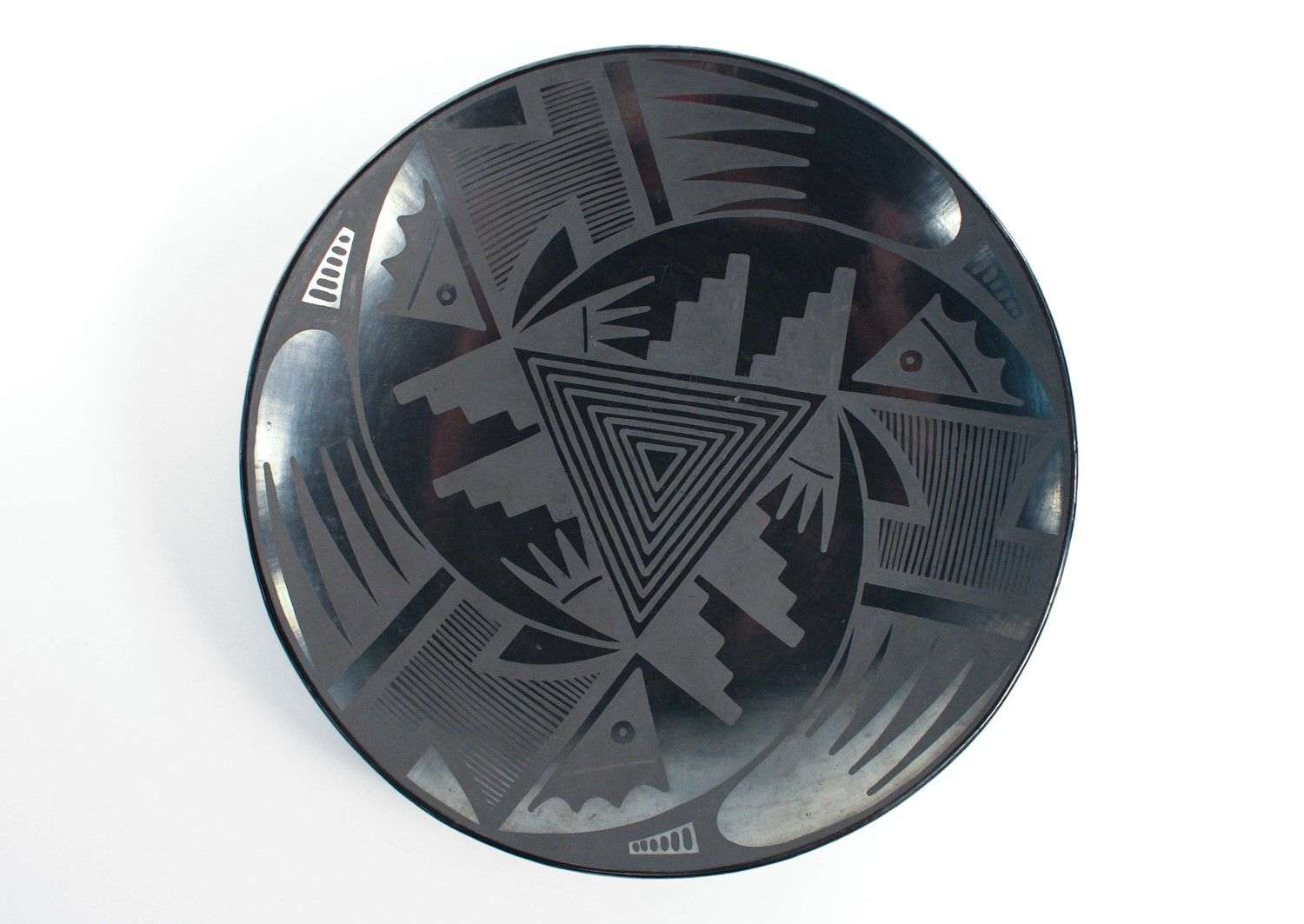