Object of the Week: Portrait of Mrs. Thomas F. Cooke, by Cecilia Beaux

In the late nineteenth and early twentieth centuries, Cecilia Beaux (1855-1942) established a reputation as one of the premier portrait artists of her generation, whose skill and aesthetic were compared to those of Mary Cassatt and John Singer Sargent. Beaux grew up in Philadelphia, raised by a grandmother and two aunts who ensured that fine art, music, and literature were an integral part of her childhood. Skilled at drawing, Beaux attended art classes as a teenager, and made frequent visits to the Pennsylvania Academy of Fine Arts, where she encountered many American and European masterworks that would influence her later paintings. Beaux painted her first major portraits in the mid-1880s, beginning with a portrait of her sister and nephew. Philadelphia critics favorably reviewed these works, describing Beaux as one of the most skilled portrait painters in the city by the end of the decade. Over the next five decades, Beaux worked in Philadelphia, New York City, and Gloucester, Massachusetts, painting hundreds of portraits of family members, prominent writers, politicians, artists, and other members of high society. Throughout her long life, Beaux was completely dedicated to her work. She never married, claiming that a man would require her to set aside painting, an action she refused to consider. Beaux painted this portrait of Mrs. Thomas F. Cooke in 1915. Mrs. Cooke was born Frances Wilcox in 1884, the daughter of Buffalo residents Mary Grace Rumsey and Ansley Wilcox. Ansley was a political insider, scholar, lawyer, and good friend of Theodore Roosevelt—Roosevelt took the oath of office for the presidency in Ansley’s private library upon learning of the assassination of President William McKinley—and as such, Frances grew up in a wealthy household. The family home, at 641 Delaware Avenue, was in one of Buffalo’s most fashionable neighborhoods, and today is preserved as the Theodore Roosevelt Inaugural National Historic Site. Frances married Thomas Cooke when she was in her twenties, and her mother commissioned Beaux to paint her portrait when she was thirty-one. Mary Grace paid Beaux $3,500 for the canvas, equivalent to approximately $86,000 today. In the early 1950s, Museum Director Anna Olmsted contacted Henry Drinker, Beaux’s nephew, and inquired if he knew of anyone willing to donate his aunt’s work to the Museum. Drinker directed Olmstead to Thomas Cooke, who he believed would be happy to donate the portrait of his late wife. Cooke happily obliged, and in 1956, the Museum added Portrait of Mrs. Thomas F. Cooke to its collection. Portrait of Mrs. Thomas F. Cooke is on display in Visions of America through August 19, 2018. -Emily Maar, Curatorial Intern & Steffi Chappell, Curatorial Assistant Image caption: Cecilia Beaux, Portrait of Mrs. Thomas F. Cooke, 1915, oil on canvas, 36¾ x 23¼ inches, Everson Museum of Art; Gift of Mr. Thomas F. Cooke, 56.696 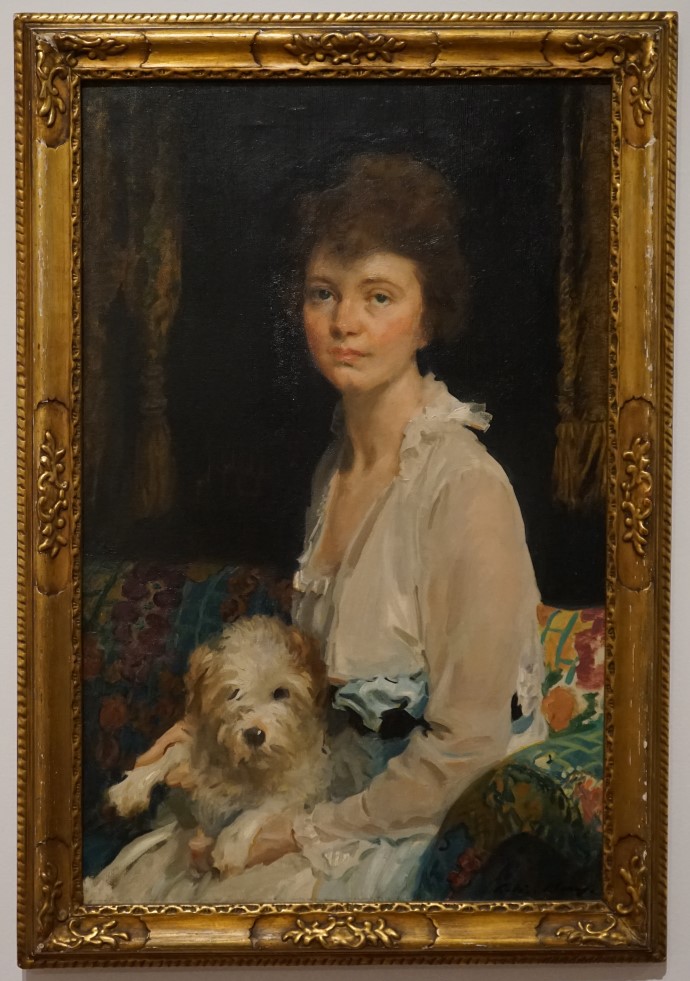