Object of the Week: The Boxer by Vanessa German

Vanessa German (b. 1976) is a visual and performance artist and activist based in Homewood, a neighborhood of Pittsburgh, Pennsylvania. Self-described as a “citizen artist,” German creates work that explores the transformative capabilities of art (and by extension, love). Born in Milwaukee, German grew up in Los Angeles and as a teenager moved to Loveland, Ohio, a town just outside of Cincinnati. Her mother was a fiber artist and taught German and her siblings how to create anything using tools and materials they had at their disposal. German relocated to Pittsburgh in 2000, where she began to build her reputation as a visual and performing artist. She also founded ARThouse, a community initiative in Homewood that provides a safe space for children and adults alike to make art. Today, German is known for her activist work, spoken word performances, and for her powerful mixed media sculptures, assemblages, and paintings. The Boxer belongs to one of German’s ongoing bodies of work, a Black female army inspired by the 7000 terracotta warriors, chariots, and horses buried inside the tomb of Chinese Emperor Qin Shi Huang. German first learned about the terracotta army in elementary school, and was struck both by the army’s massive size and the individuality of each figure. She carried these feelings of awe and wonder into adulthood, eventually channeling them into her work. Each of German’s female warriors is an empowerment object reminiscent of African Nkisi power figures, which are believed to bestow protection and eradicate evil. When assembled together, the power figures resemble an army of women on the march, described by German as “an army of healers, an army of weepers, an army of protectors.” German intends for her soldiers to absorb the challenges of daily life and create an environment open to radical amounts of peace, beauty, and love. Each power figure begins as disparate doll parts that German covers with layers of plaster and tar in order to sculpt distinct facial features and hairstyles. Once the body is built, German “dresses” each figure individually, according to her identity and personality. German then builds armor using found objects that include everything from discarded clothing to coffee tins and empty plastic bottles to electrical outlets. In using everyday items and objects with overt historical connections, German provides each figure with a past while simultaneously rooting them in the modern world. To learn more about German, watch the two-part interview below. In the interview, German and Everson Education Coordinator Caitlin Albright discuss social justice, the founding of the ARThouse, and how German uses her work as a source of love, empowerment, and grace.

The Boxer is currently on view in A Legacy of Firsts: The Everson Collects, an exhibition that examines over one hundred years of the Museum’s collecting priorities, from the Museum’s earliest acquisitions in 1911 to work acquired in 2019. 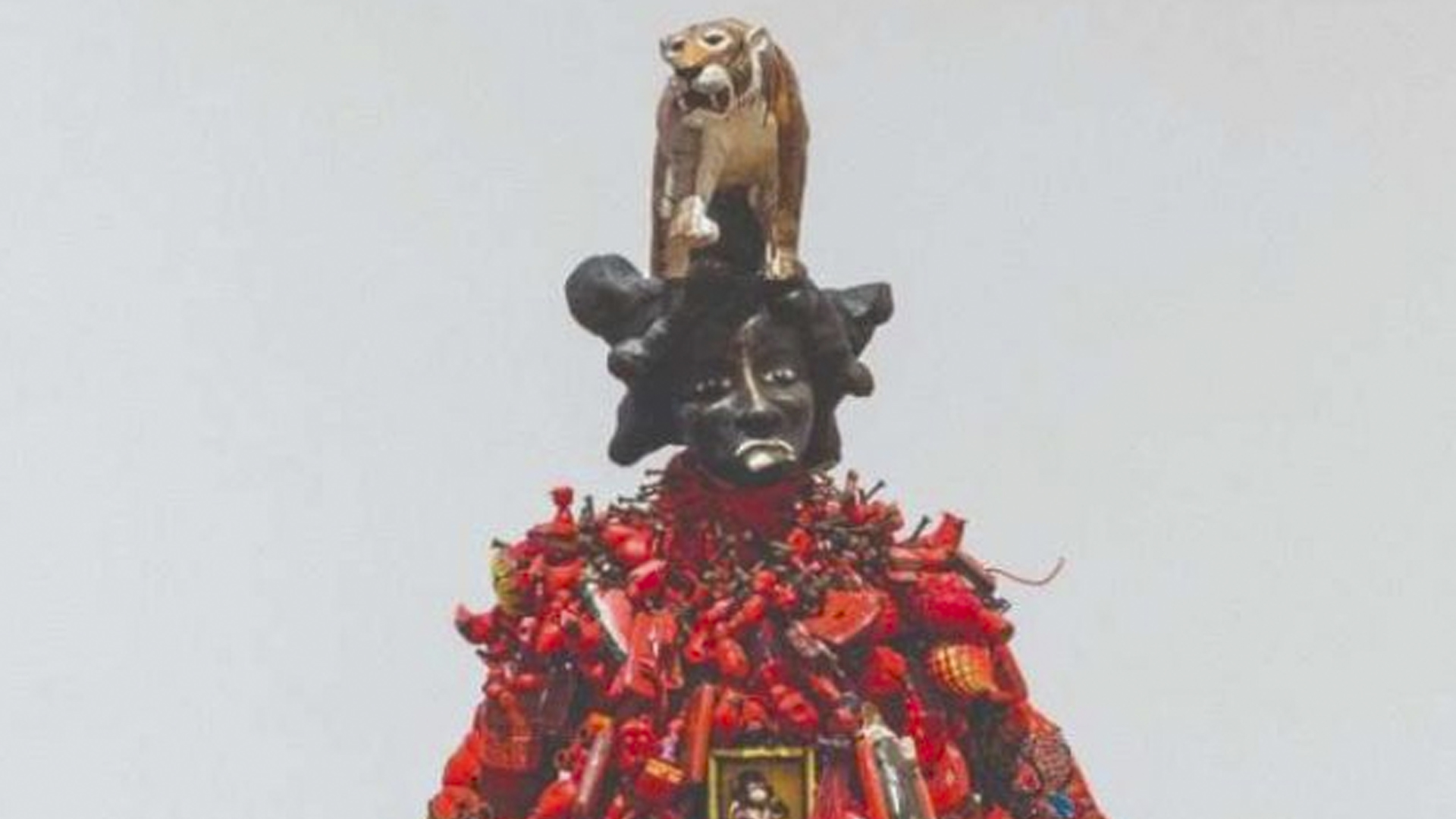