Object of the Week: Tiles by the Mueller Mosaic Company

The Mueller Mosaic Company was one of several tile manufacturers located in Trenton, New Jersey in the early twentieth century. Trenton became a center for pottery production beginning in the mid-nineteenth century and by 1900, nearly fifty factories were located in the city. Herman Carl Mueller founded the Mueller Mosaic Company in 1908, taking over a production plant previously owned by the Artistic Porcelain Company. Mueller likely chose to base his company in Trenton because the city was a commercial center, provided easy access to the raw materials used to make ceramic tiles, and was a transportation hub due to multiple canals and railroads that connected the city to locations throughout the northeast. Mueller, a German who immigrated to America in 1878, was a skilled sculptor and experienced tile maker by the time he founded the Mueller Mosaic Company. He worked at a number of art potteries after arriving in the United States, including the American Encaustic Tiling Company and the Mosaic Tile Company, both located in Zanesville, Ohio, as well as the National Tile Company and the Robertson Art Tile Company in Morrisville, Pennsylvania. Throughout the years, Mueller worked as a salesman and business manager, but today he is remembered for his design skills and artistic sensibilities. He was a talented modeler, meaning he sculpted original designs that were then used to make molds for production tiles, and a prolific designer of mosaics. The Mueller Mosaic Company produced artistic tiles as well as industrial, non-decorative tiles. Mueller was a strong supporter of the Arts and Crafts Movement, which promoted a return to handcrafted goods in the wake of the industrial revolution and the belief that beautifully made items should be a part of everyday lives. The tiles made at the Mueller Mosaic Company reflected these ideals. As ceramic tiles became an integral decorative component of the Arts and Crafts Movement, potteries expanded their production to meet consumer demands. The Mueller Mosaic Company increased production throughout the 1920s and into the early 1930s. By the mid-1930s, however, sales declined due to a number of factors, including the Great Depression, Mueller’s declining health, and changes in buyers’ taste. Many tile potteries around the country suffered similar setbacks, and were forced to downsize or close by the end of the decade. The Mueller Mosaic Company survived into the 1940s, but Mueller died in 1941, and his company closed the next year. These two design tiles, which may have been made to decorate a fireplace surround, are currently on view in The Art of the Tile, through December 30, 2018. 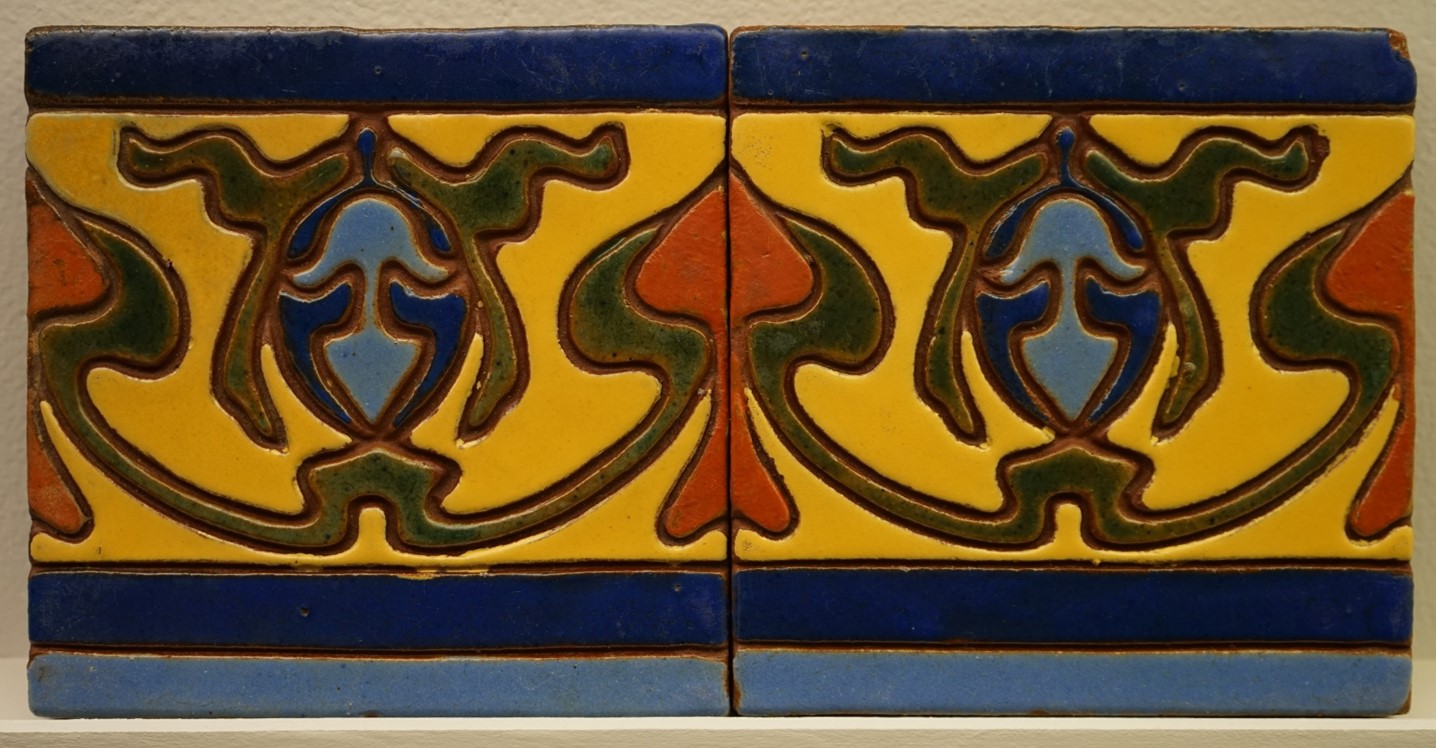