Object of the Week: Untitled Jar, by Adrian Saxe

Based in Los Angeles, Adrian Saxe combines traditional materials with unconventional or personal iconography to create technically brilliant sculptures that often contain subtle elements of humor. Inspired by the history of ceramics, contemporary culture, and his fellow West Coast-based ceramic artists, Saxe sculpts, carves, and molds ceramics that addresses the complex relationships between decorative arts, crafts, and fine art. By adapting methods traditionally used on decorative works, Saxe subverts expectations and creates self-reflective ceramics that both reference and question the history of the medium.

Untitled Jar (Golden Arches) is a reflection of Saxe’s contradictory style. A combination of porcelain and earthenware—a technique Saxe often uses in his work—the vessel is exquisite and refined while simultaneously rugged and earthy. The beautifully handcrafted form, decorated by detailed colored clay beading, is topped with an easily recognizable emblem of consumer culture: the golden arches of the American fast food chain McDonalds. Given Saxe’s interest in the issues of refinement and the history of production, it is unsurprising that he explicitly references an institution known for its stringent standardization for mass production.

The shape of Untitled Jar is one Saxe began exploring in 1980, known as the torso jar. He was curious to see if the unusual form, a top-heavy vessel supported by four small curved legs, could survive firing in a kiln. His experiment worked, and two years later Saxe added a raku-fired pedestal to the sculpture, thereby enhancing its appearance as a special decorative object. This first torso jar was slab-built, but Saxe made later jars, including Untitled Jar, using molds.

Saxe donated Untitled Jar to “The Object as Art: A Benefit Auction for Gay Men’s Health Crisis,” hosted by Sotheby’s in 1987, from which it was purchased and then donated to the Everson.

Golden Arches is on view in From Funk to Punk: Left Coast Ceramics through April 15, 2018. 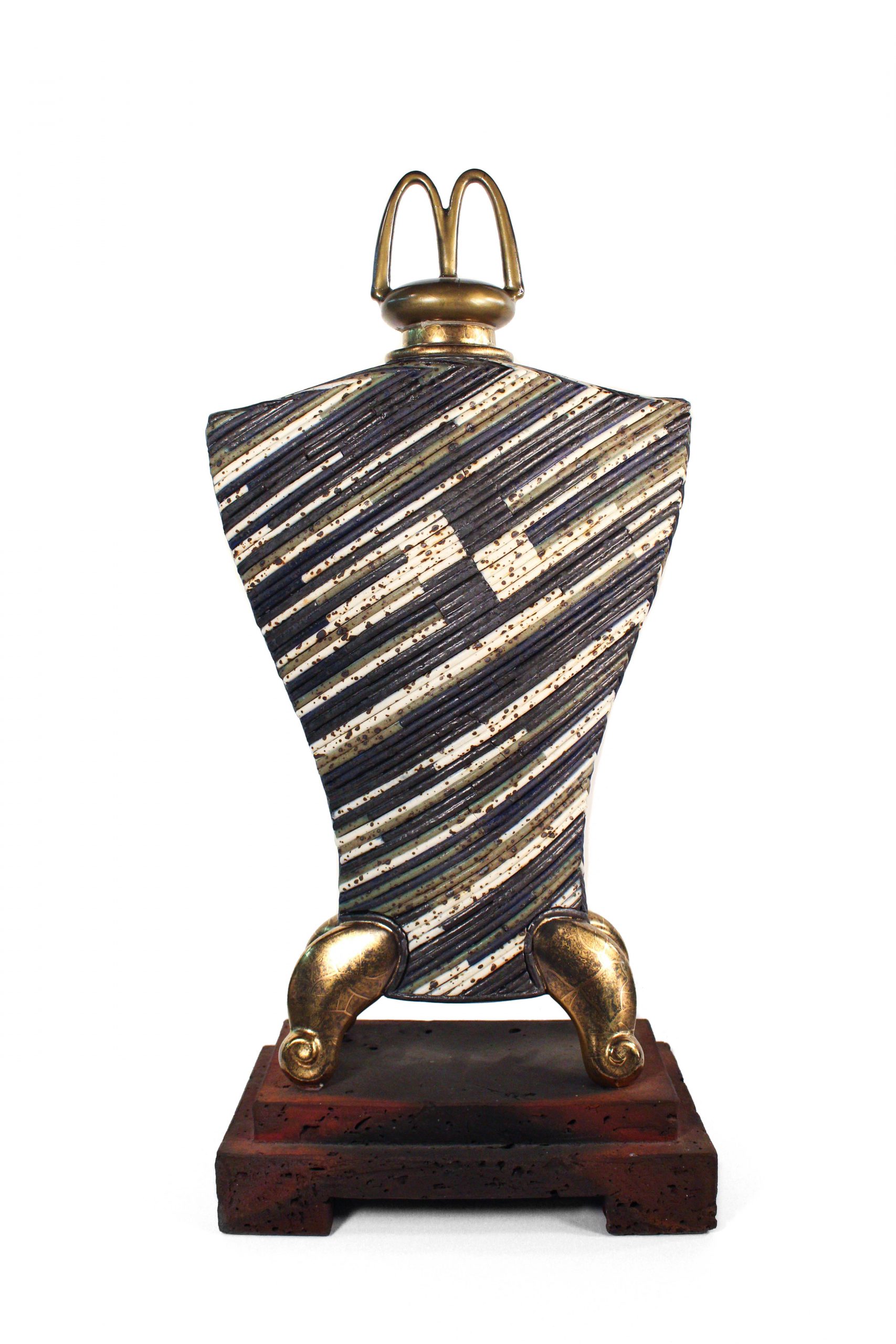