When discussing the attributes of a painting, frames are often overlooked. In the case of James Cantwell’s (1855-1926) Untitled Landscape (Otisco Lake), however, the painting’s gilded Carrig-Rohane frame is just as worthy of appreciation as the painting itself. Untitled Landscape (Otisco Lake) offers a rare opportunity to explore a painting in its original frame when both creators—the painter and the frame maker—are known. Cantwell’s American Impressionist paintings reflect his lifelong attachment to Syracuse, New York. Born in Syracuse, Cantwell spent much of his life in the area, leaving the city only to expand his artistic knowledge. Cantwell moved to New York City in 1880 to study under the famed American painter Thomas Moran. Cantwell’s childhood friend Henry Ward Ranger, himself a prominent landscape painter who would go on to lead the Old Lyme Art Colony of Connecticut, joined him in New York. After just one year away from Syracuse, Cantwell returned to his hometown in 1881. He briefly traveled abroad to study in Paris and London in 1885 and sporadically revisited New York City throughout the 1890s, but Cantwell clearly found the Central New York region inspiring for most of his works. During his lifetime, Cantwell exhibited in the National Academy of Design, the Society of American Artists, the American Watercolor Society, the Syracuse Museum of Fine Arts (today the Everson Museum of Art), and commercial galleries in Syracuse. He died on November 21, 1926. Cantwell’s scenic landscape is only half of the story, for his painting’s original frame is a 1907 Carrig-Rohane frame. Carrig-Rohane frames are greatly coveted, famous for their artistry and high level of craft. Boston painter Hermann Dudley Murphey founded the Carrig-Rohane frame making shop. While studying in Paris, Murphey met fellow painter James Abbott McNeill Whistler. Whistler, himself trained in frame making, advocated for a harmonious relationship between the frame and the painting. He believed that the color and style of both elements should also harmonize with the space where the framed painting was ultimately hung. Murphey, inspired by Whistler, gathered materials and decided to teach himself how to gild and construct frames. He was influenced by the Arts and Crafts movement, which emphasized individualized, highly skilled artistry and handmade works. In addition to rejecting the rise of mass production and industrialization, the Arts and Crafts movement emphasized works that were inspired by and complimentary to nature. When Murphey returned to the United States, he opened his frame shop in the basement of his Winchester home in 1903. He named the shop Carrig-Rohane, Gaelic for “Red cliff,” and quickly found financial and critical success. Murphey transformed American ideas of frames, becoming the first American frame maker to sign and date his work. Both the frame and the painting Untitled Landscape (Otisco Lake) reflect nature in different ways, mixing American Impressionism with the elegant lines of gilded wood. Untitled Landscape (Otisco Lake) is currently on view in Renegades and Reformers: American Art Pottery. 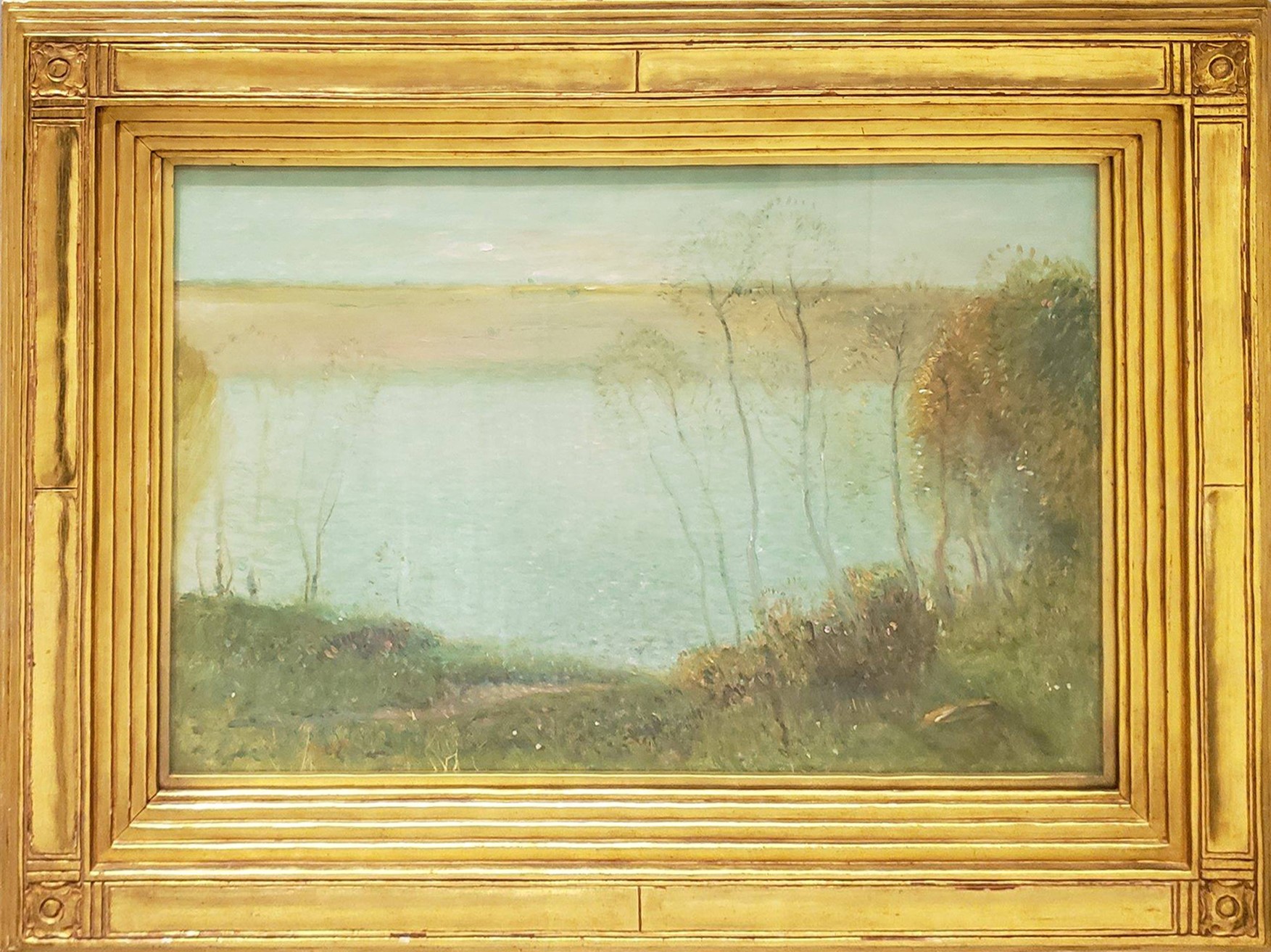