The Shirt by Shelley Niro

Shelley Niro (b 1954), a member of the Six Nations Reserve, Bay of Quinte Mohawk Nation, Turtle Clan, uses humor and satire to challenge stereotypes of Indigenous peoples. Niro grew up immersed in storytelling, drawing and writing songs and plays with her siblings. In 1972, she received a degree in Performing Arts from Cambrian College, Sudbury Ontario, and ultimately earned an Honors Fine Arts Degree in painting and sculpture from the Ontario College of Art in 1990 and a Master of Fine Arts from the University of Western Ontario in 1997. Niro discovered her love for photography and filmmaking in the 2000s, when she attended courses at the Banff Centre for the Arts.

Niro’s use of humor in her works despite the serious topics she addresses is deliberate. Of a more somber approach, she has said, “I feel like you run the risk of pushing people away. Even as an Indigenous person, I’m guilty of it: ‘Not that again.’ I’ve always felt like if you could bring people closer you’d have a better chance of them understanding.”

Niro takes this approach in her short film The Shirt. The film features an Indigenous woman wearing mirrored sunglasses, an American flag bandanna, and a series of white t-shirts that describe the hostile colonization of her people. The first shirt reads, “My ancestors were annihilated exterminated murdered and massacred.” The film then cuts to clips of the crashing waters of Niagara Falls, a sacred site of significance and refuge to Indigenous people. The next shirt reads, “They were lied to cheated tricked and deceived.” After several subsequent shirts detailing more atrocities, finally, the last shirt contains the punch line: “And all’s I get is this shirt.” Yet in the next scene, even the shirt has been taken away, along with the woman’s sunglasses and bandanna. A different woman, wearing makeup and smiling with one hand on her hip, now wears the outfit, the banana jauntily tied around her neck. Niro uses the unexpected language of the kitsch souvenir t-shirt to make a powerful statement about the lasting effects of colonization on Indigenous people as well as their continued exploitation.

The Shirt is currently on view in Who What When Where, an exhibition that uses Carrie Mae Weems’ photographic series of the same name as a framing device to investigate how subjective lenses of identity shift the interpretation of images. 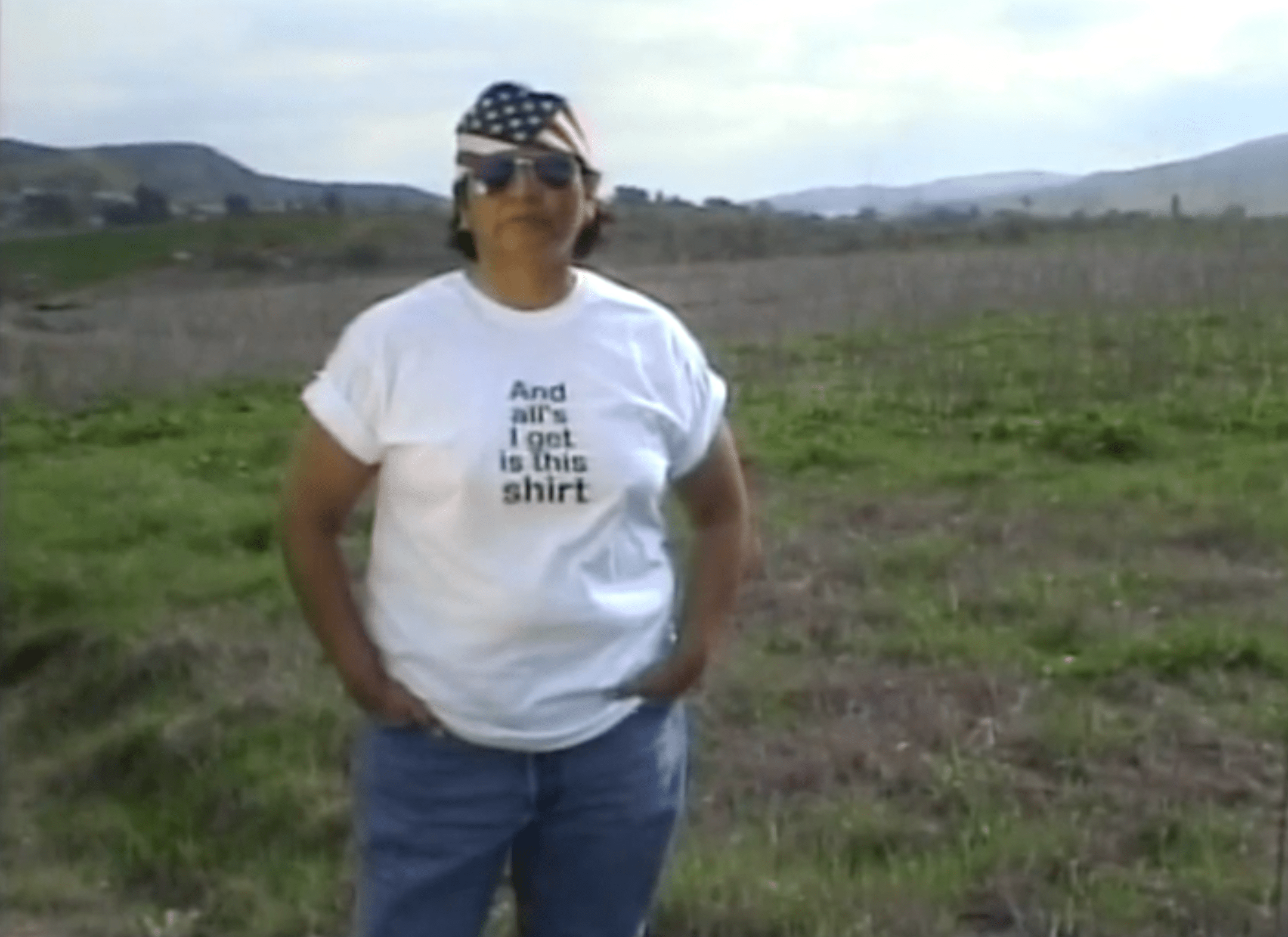